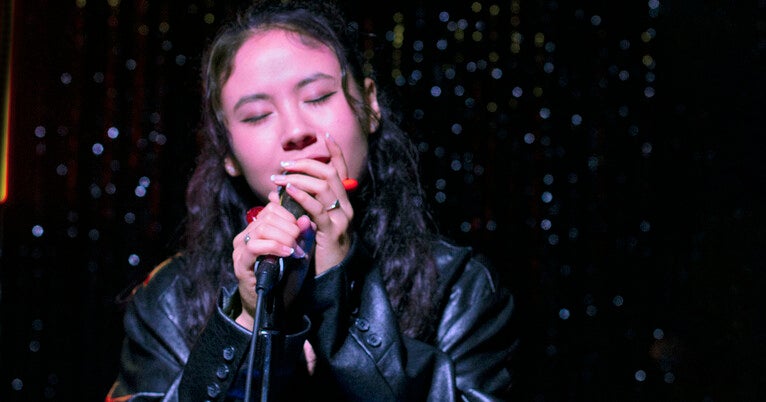 Warning: once you start listening to “Late to the Party,” a single released last fall by Emily Li ’22, who stars as Emei, you might not be able to stop. With its exuberant beat, Li’s powerful vocals, and the earworm of a chorus, it’s the kind of song you can imagine in a room full of students singing at the top of their lungs. And, in fact, Li’s TikTok of that scene, filmed at Yale last October, has garnered over 2 million views.

Li isn’t blind to the irony that the song is about social media-spurred feelings of inadequacy (she described it as “existential crisis pop”). She might not have had a Grammy at 21, according to the lyrics, but she placed third on “Chinese Idol,” a singing competition modeled after the American version, despite not was just 15 – and went on to compete on the Chinese version of “Dancing with the Stars”.

She could have gone straight for a career in music, but when she returned from her stay in China – she had taken a year off to do so – she plunged back into studying. After the chaos of a showbiz lifestyle, she says, “I loved that I knew in 22 days I had a test.”

And as she considered a conservatory, her first visit to Yale left her with goosebumps – “I just felt like something clicked for me.” She also quickly found her major in cognitive science.

“The point of going to Yale was to learn things that I wouldn’t have learned otherwise,” she says. “Cognitive science was a way for me to broaden my understanding of people and also broaden my academic sphere.” (She also received a certificate in educational studies and took enough credits to graduate early, in December.)

But while his academic focus was elsewhere, music still filled his life in New Haven. She joined the a capella group Mixed Company, started a band with other Timothy Dwight residents, and continued to perform, often in the DIY gig space at 216 Dwight St., known as Radio House. . (Her artistic endeavors have been supported by a Tsai CITY (Tsai Center for Innovative Thinking) Fellowship and a Timothy Dwight Creative and Performing Arts Award.) She has also taken two courses that have helped push her writing into new spaces – “Reading Poetry for Craft”. with David Gorin, and “The Art and Business of Songwriting”, with Mike Errico.

Now based in Los Angeles, she is focused on developing her sound and artistic personality. Her stage name, Emei, isn’t so much an alter ego as a distillation of the self (it’s a cross between her Chinese name, An Mei, and her English nickname, Emmy). “I’m on stage myself,” she says. “I’m just me in capital letters.”

She plans to release a new single, her fourth, in June, and release an EP by the end of the year. She’s a perfectionist, she says, and with every song she tries to figure out what “makes people want to tattoo your lyrics on their bodies.”

The support she found at Yale and from alumni — especially the cohort who also pursued music careers — was crucial. “Yale is great,” she says. “It’s the tightest community and people are so willing to help. I’m really grateful to have my experience at Yale and what it adds to who I am as a person.