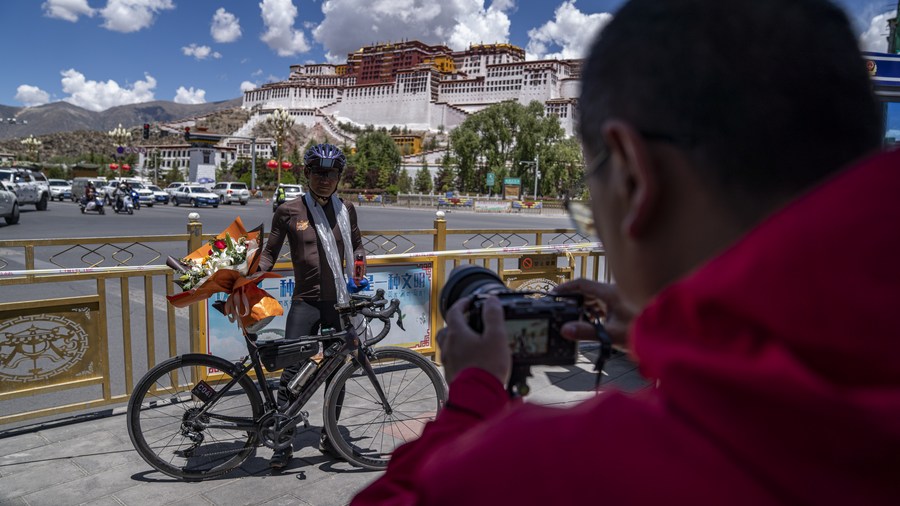 June 3 marks World Bicycle Day and here is the story of Chinese amateur cyclists who have just completed an epic ride of more than 2,000 km and through 14 high mountains along the Sichuan-Tibet highway.

LHASA, June 3 (Xinhua) — At a mountain pass over 4,400 meters above sea level, Hou Weiyu found that a flying stone broke off a spoke of his front wheel. He got off the bike, checked his condition and took it back, heading for Lhasa, the capital of the Tibet Autonomous Region (southwest China).

Hou, 52, is one of 10 amateur competitors in a cross-country cycling race that stretches over 2,000 kilometers along the highway between Sichuan province and Tibet.

On May 21, they departed from the city of Ya’an and crossed 14 high mountains, two of which were over 5,000 meters high. 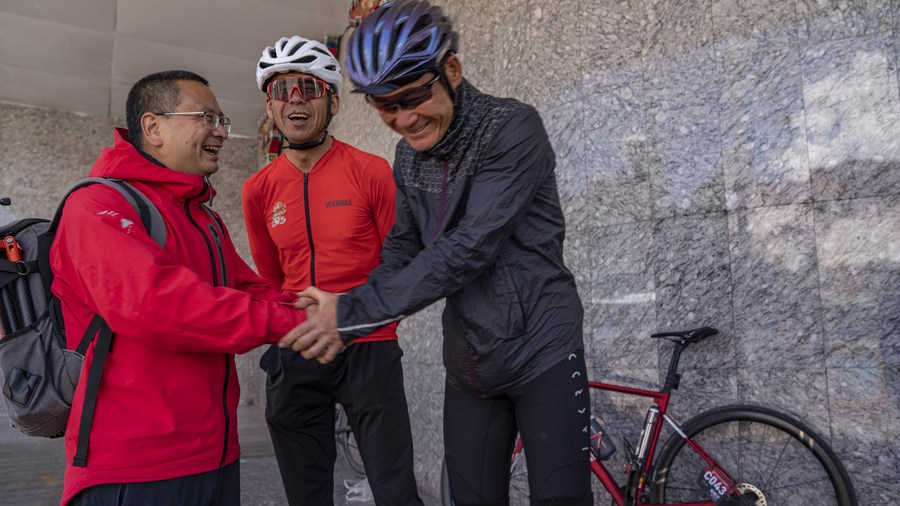 “Unlike the plain, rolling on the plateau takes a lot more energy, which is much more difficult,” said Hou, who works for a cement supplier in Beijing.

Friday marks World Bike Day. The bicycle was a luxury for many Chinese families in the 1960s and 1970s. With the country’s rapid economic and social development, bicycles became a household commons. And as more and more ordinary Chinese own private cars in the 21st century, cycling is more of a fashionable sport than a form of transportation. 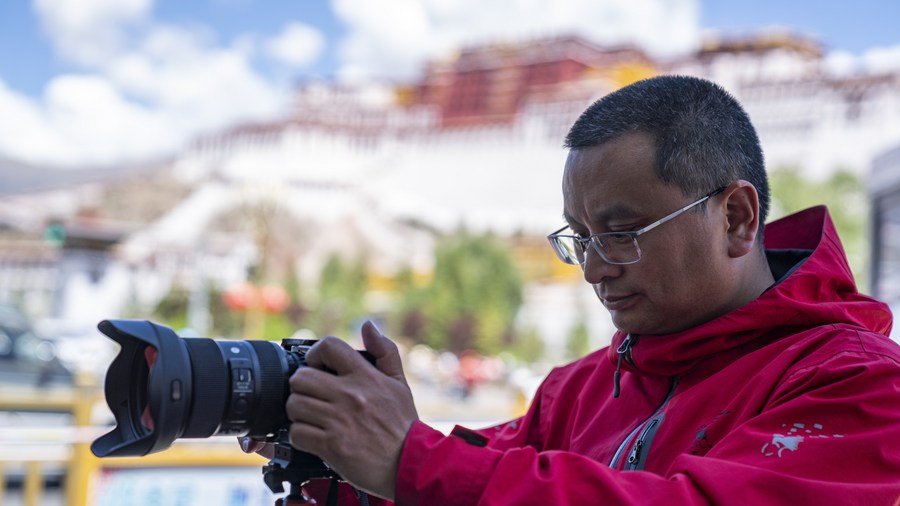 The Sichuan-Tibet highway has been considered an ultimate challenge favored by cyclists due to its beautiful scenery, complicated terrain and high altitudes, attracting an increasing number of amateur cyclists to China.

For the event, competitors were selected through a series of qualifying competitions, such as the plateau race and the endurance race.

For security reasons, the organizers have provided vehicles loaded with volunteers and first aid equipment to follow the runners. But runners will not be offered help unless they quit the race, said Jiang Wukai, the race’s founder and also an amateur cyclist, adding that this was the ninth year the race had been held.

Zhang, an entrepreneur engaged in the production and sale of beef dumplings, has contested the route twice before, but both ended in failure. 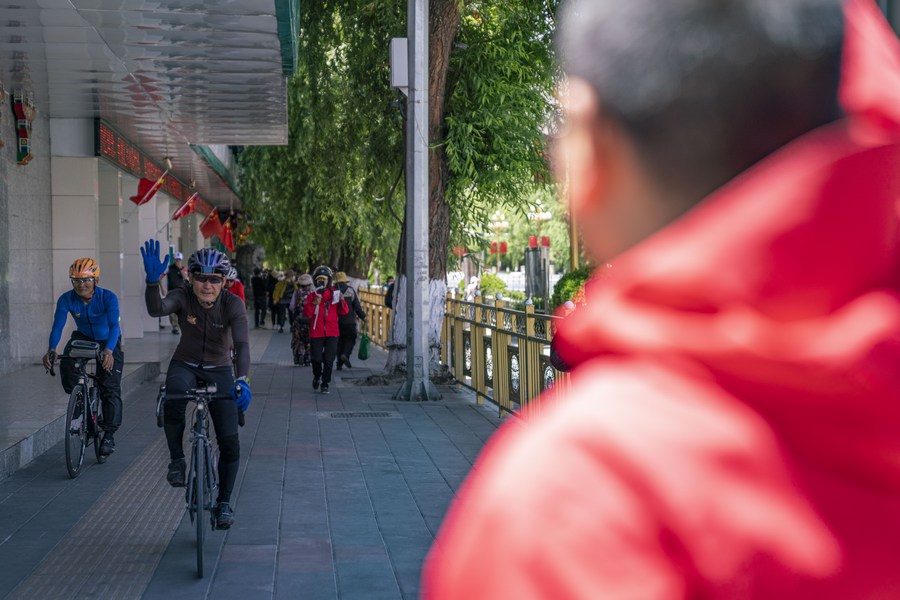 “I had to stop because of my severe altitude sickness the first time. As for the second time, I fell and hurt my forehead on the way down,” he said as he took off his helmet, revealing a scar on his forehead.

In a bid to beat altitude sickness, Zhang arrived in Sichuan half a month early this time and spent five days in an area 4,000 meters above sea level to adapt to the high-altitude environment. altitude.

During the race, he encountered heavy snowfall on a mountain and had to walk in the snow for about two kilometers carrying the bike on his shoulder.

“Despite all the difficulties, I finally achieved this ultimate dream. I think that’s what an extreme challenge is,” he said.

Runners who challenged their physical limits also earned the respect of people from different ethnic groups along the way.

Zeng Zhu, who won eighth place, recalled that he lost his gloves halfway through and went to a roadside store to buy a new pair.

“When the Tibetan boss saw me in my racing suit, he refused to accept any money and gave me a thumbs up,” said Zeng, a dietetics trainer from Shenzhen.

Although he is in his 50s, champion Hou plans to ride for a few more years.