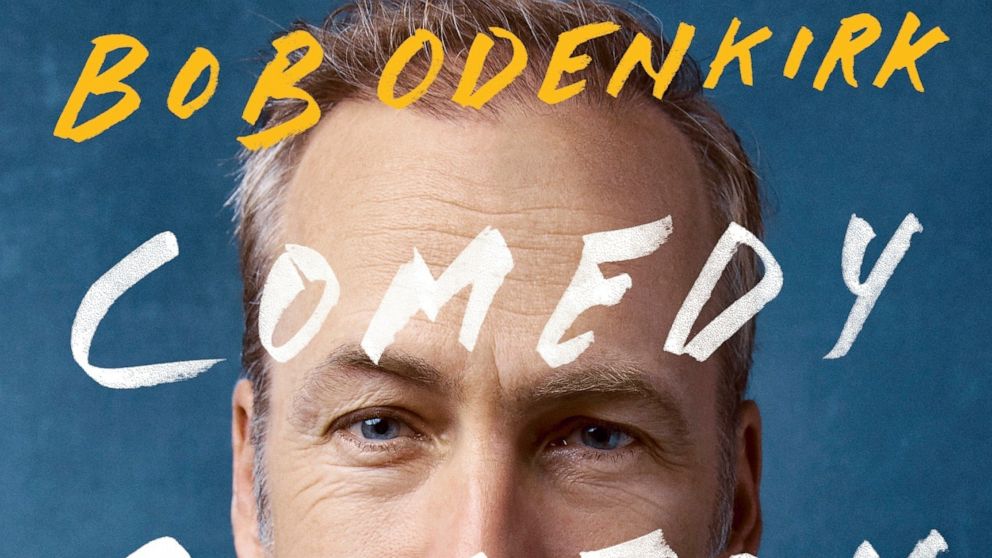 Persistence with a healthy dose of luck propelled Bob Odenkirk’s rise from comic book fringe (“Mr. Show” from HBO) to front-runner (“Better Call Saul” from AMC). While it might not seem like a long journey, his mainstream pit stops as a writer for “Saturday Night Live” and as an actor in films like “Little Women” and “The Post” provide milestones. familiar enough for everyone to enjoy his fun showbiz memoir. .

Odenkirk’s journey to semi-stardom seemed to follow the arc of a skit: A small-town guy in the big city flips between minor successes and disappointments, hits high notes with hijinks, then gives the twist of becoming a serious actor. Along the way, he examines the landscape of American comedy over the past five decades from the outside in.

Growing up in the average town of Naperville, Illinois, Odenkirk was the prankster of a large family dominated and then abandoned, much to his relief, by his father. Heavily inspired by those supremely dumb Brits of “Monty Python’s Flying Circus”, he left college early to roam around Chicago working odd jobs, continually writing sketch and stand-up ideas, attending improv theater groups and earning a few bucks at dive bars. tell jokes.

He came of age during what he calls “The Stand-Up Boom” during which opportunities abounded but were also limited. Observational comedy, he said, was “what the mob was clamoring for, what if you were anything other than that exact thing… Get out of town, asshole!” His preference for less structured and less predictable humor was at odds with these expectations. Still, improvisational relationships helped him land the Olympus TV sketch, “Saturday Night Live.” His best-remembered track featured a motivational speaker, played by Chris Farley, who “lives in a van by the river”.

But highs had their lows, and in his few years as an “SNL” writer, Odenkirk couldn’t help but feel that the show’s original integrity had been lost. Changing coasts, he discovered in Los Angeles a new vein of stand-up, “alternative comedy”, defined by his future sketch partner David Cross as “comedy without cadence”.

Together, Odenkirk and Cross achieved their common goal, a trip to “the fringe of the fringe,” with their low-budget sketch series, “Mr. Show” (1995-98), which Rolling Stone dubbed “an American Monty Python.” After four seasons and a black market VHS audience, “Mr. Show” achieved cult status thanks to impressive DVD sales.

Over a decade of “devilish development”, Odenkirk occasionally worked as a character actor. Ironically, his career blossomed when he was offered the role of sleazy lawyer Saul Goodman in the drug drama “Breaking Bad.” In his first scene, Odenkirk nailed the character so completely that a crew member blurted out, “Can I get a job on the spinoff?”

Then came “Nobody” (2021), an ultra-violent revenge film in which Odenkirk kills dozens of bad guys in a choreographed bloody party. Is it a tribute to action movies or a parody? True to his best “Mr. Show his instincts, Odenkirk frankly plays it to cover his tracks.

The challenge facing “Comedy Comedy Comedy Drama” is to tell a gripping story about telling jokes when the biggest laughs are in the job, not the job. But Odenkirk’s buddy tone manages to usher us into his showbiz dream: to be part of “a bunch of funny people having fun, professionally.”

Who said blunders can’t be serious too?

Douglass K. Daniel is the author of “Anne Bancroft: A Life” (University Press of Kentucky)