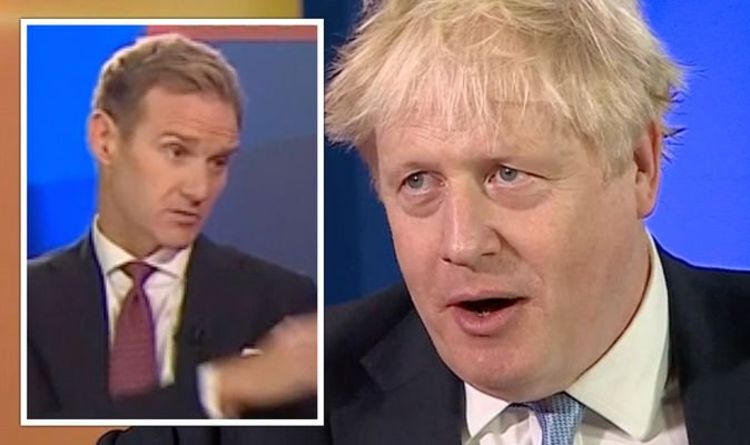 Boris Johnson clashed with BBC Breakfast presenter Dan Walker at the Conservative Party conference in Manchester over the continuing shortage of truck drivers in the UK. The BBC host argued that viewers watching would pin the shortage issues on Brexit. Mr Johnson strongly disagreed with the BBC presenter and dismissed the idea that Britain outside the EU was a factor behind the lack of trucks on the roads.

Mr Walker told the Prime Minister: ‘People watching this morning will say this is Brexit related.

“I don’t think they are,” replied Mr Johnson.

“I just mentioned China, to my knowledge China is not part of the EU.”

Mr Walker intervened and argued that the Prime Minister’s plan to solve the supply chain problem was not working.

Mr Johnson replied: “Well, the supply chain problem is caused in very large part by the strength of the economic recovery.

“What you will see are brilliant logistics experts in our supermarket chains, in our food industry tackling it, finding the people they need.”

“When you voted for Boris’ Brexit, that’s what it meant.”

The Prime Minister replied: â€œNo, it is not!

Pressure and perseverance: the Chinese economy maintains its resilience