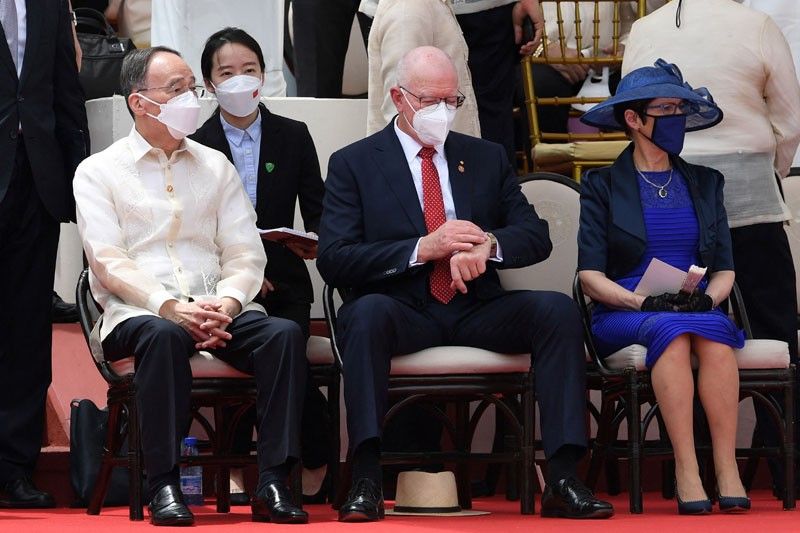 Alliance Global’s Andrew Tan told The STAR: “We are delighted with this new chapter in our history. We hope to work closely with the government and its various agencies for the success and progress of our country.

SM’s Hans Sy, who was present with his sister Tessie Sy Coson, said: “The call for solidarity and unification resonates in President BBM’s inaugural address. With this engaged mindset, coupled with his dynamic optimism, I am hopeful he will serve as a golden catalyst to propel our nation forward.

Lance Gokongwei, CEO of JG Summit Holdings and Cebu Pacific, said, “As a Filipino, family man and business owner, I share these hopes and best wishes for the newly inaugurated administration: more national unity. rooted in our vast common ground as one country. , a person; a legitimate and proud place for our country in the community of nations; a comprehensive national security, economic and infrastructure strategy that increases our productivity, resilience, and long-term competitiveness and growth; a lot of energy, vigor, perseverance, focus, innovation and pragmatism that will enable excellence in execution…”

“Unity towards a common goal, the progress of the Filipino nation and the prosperity of our people” are the hopes of Filinvest Group CEO Josephine Gotianun Yap.

Go Negosyo founder Joey Concepcion said, “Pres. Marcos’ inaugural speech…definitely comes from his heart. Every Filipino seeks a better life and I think his speech yesterday showed that his goal is to bring a better life to all Filipinos.

Former Miss Universe Gloria Diaz, with her daughter actress Isabelle Daza (goddaughter of PBBM since her late father Bong Daza was her close friend), said: “I really feel Pres. Bong will surprise us all, after all , he has witnessed so many administrations! Surely BBM wants to leave a beautiful legacy to his family despite the past. Let’s all unite and love our one country, regardless of our political color, and we will succeed.

Leyte Congressman Richard Gomez expressed “very high hopes for this new administration that it will address the issues and improve the agricultural sector. I am hopeful that he will continue to fight drugs, that the president will support the country’s sports program and bring in someone who knows the business very well.

At the National Museum, there were Marcos loyalists and Ilocano political leaders, several of whom were seen alternately shouting “BBM! BBM!” and tears in his eyes to see the heir to Ilocandia’s most famous leader return to Malacañang. 92-year-old attorney and solicitor general for Marcos Sr. Estelito Mendoza told The STAR that his latest Judicial victory was the Supreme Court’s June 28 dismissal of motions to disqualify PBBM.