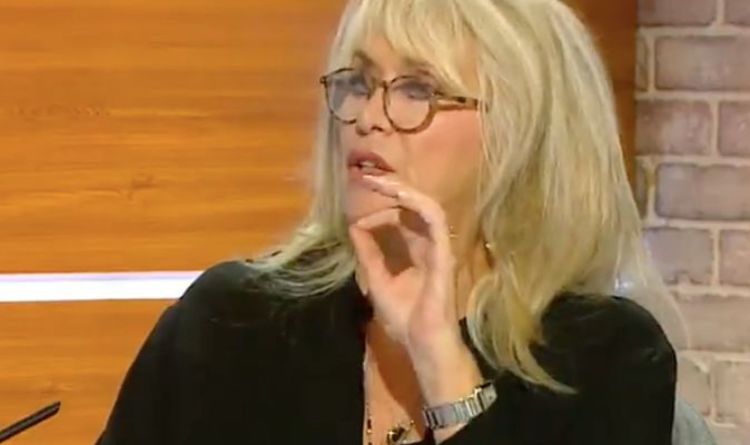 Carole Malone criticized Joanna Lumley’s proposal as a “hypocritical” suggestion to ration luxury to save the planet, arguing that it is “absurd”. The heated feud arose after the Absolutely Fabulous actor proposed the creation of a rationing system under which people would have points to spend on vacations or lavish consumer goods, ultimately helping to fight the crisis. climate.

Speaking on the Jeremy Vine show on Five, Ms Malone said, â€œSo back to Joanna Lumley. What she’s saying is every little thing you do matters.

â€œActually, I think it’s nonsense. Because every little thing we do a little bit of recycling but that’s it.

â€œNone of this matters when China is making it very clear that it will not start reducing its carbon emissions until 2030.

â€œThey are not going to go zero carbon until 2060.

â€œAnd you have the same with Russia. They pump it up.

â€œSo you cut the meat half a day a week. It makes no sense. Boris said quite clearly the other day that recycling is nonsense.

Co-panelist Matthew Stadlen said: â€œDo you think that makes it more or less likely, Carole, that China and Russia will eventually join us.

“I was just going to say – how do we run the world like Boris Johnson claims and by the way our government should be doing more than it is?”

â€œHow can we run the world if we don’t continue to do our part?

â€œWe can’t lecture China and Russia like we should be if we say right, we can’t be bothered because they don’t.

â€œIt’s about taking small steps. That’s all we can do.

â€œWe lead the world by our actions, by what we do.

â€œChina produces 26% of global emissions, India almost as much.

“So you say anything. We are already leading the world.