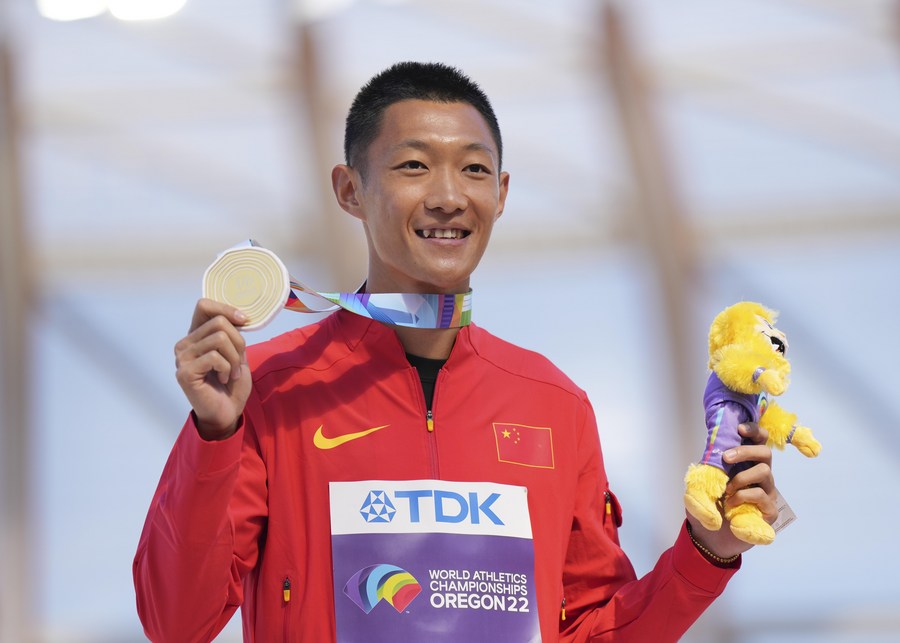 Gold medalist Wang Jianan of China during the medal ceremony of men’s long jump at the World Championships in Athletics in Eugene, Oregon, the United States, July 17, 2022. (Xinhua/Wang Ying)

Wang surged to victory on his final attempt, netting a gold medal at 8.36m to beat defending Olympic champion Miltiadis Tentoglou of Greece. 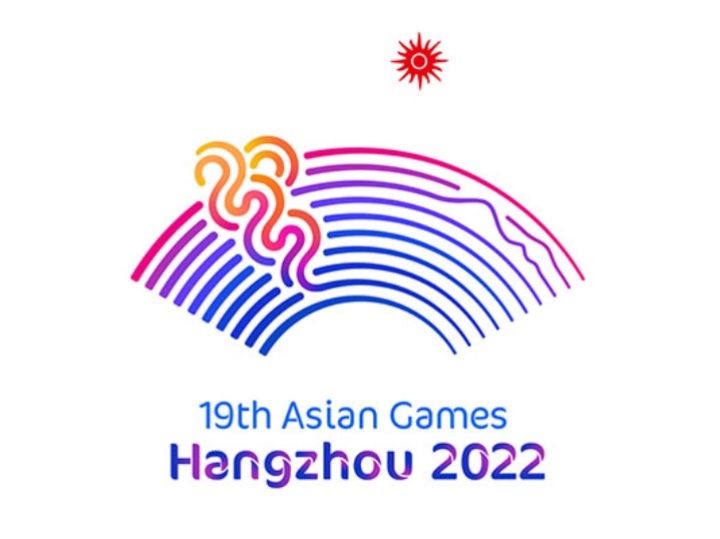 The Olympic Council of Asia (OCA) announced on July 19 the new dates for the 19th Asian Games to be held in Hangzhou, China, from September 23 to October 8, 2023.

The 19th Asian Games were originally scheduled to be held from September 10 to 25, 2022, but were postponed by the OCA Board on May 6 due to the COVID-19 pandemic.

3. China knocked out by Lebanon in FIBA ​​Asia Cup quarter-finals 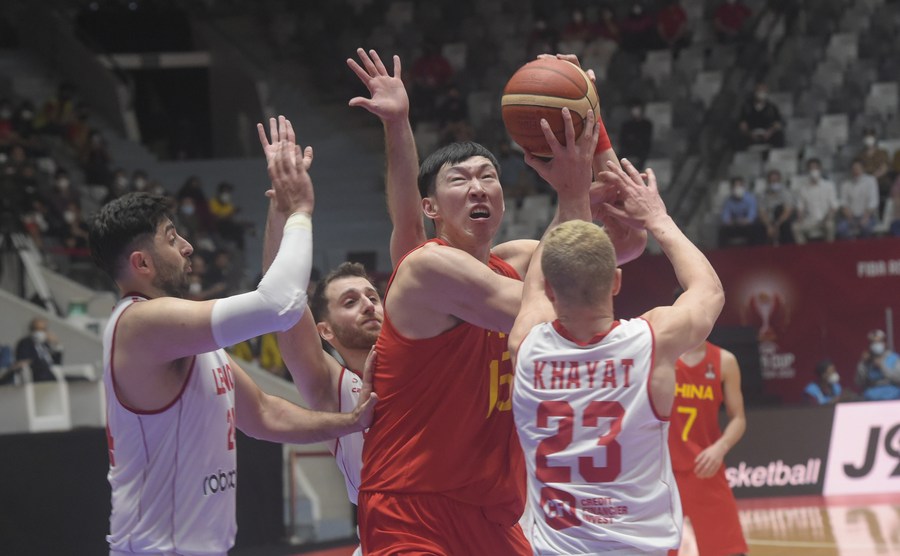 Zhou Qi (2nd R) of China in action during the quarterfinal against Lebanon at the FIBA ​​Asia Cup 2022 in Jakarta, Indonesia, July 20, 2022. (Xinhua/Zulkarnain)

China were eliminated from the FIBA ​​Asia Cup after losing to Lebanon 72-69 in the quarter-finals in Jakarta, Indonesia on July 20. 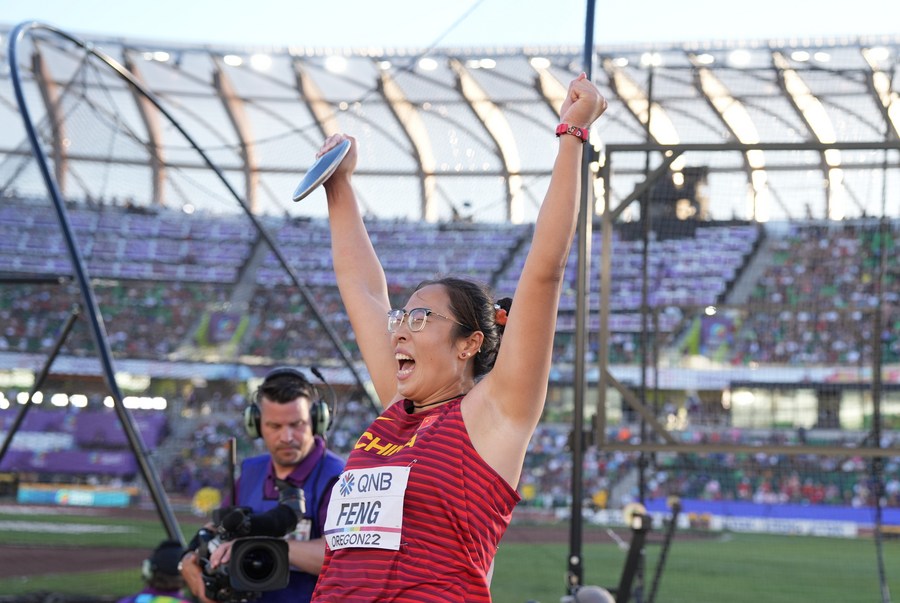 Feng shot a personal best 69.12 meters on his first attempt, which was unbeaten by other throwers thereafter.

With two days of competition remaining, China ranks fourth in the medal table with two gold, one silver and two bronze. 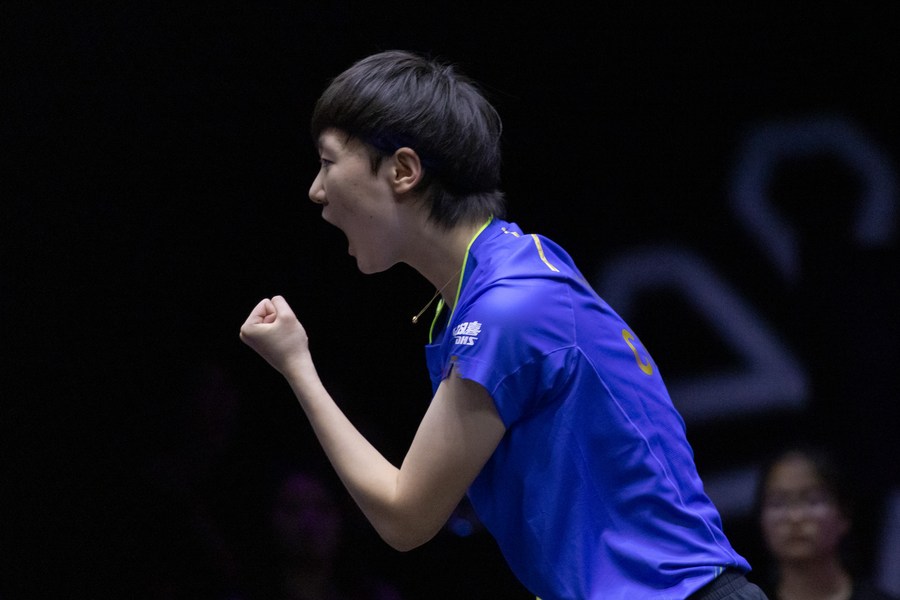 China have already won the women’s singles championship as Chen Meng, Wang Manyu, Sun Yingsha and Wang Yidi took all the places in the semi-finals.

Wang Manyu and Wang Yidi reached the final after earning victories over their teammates in complete matches, before Wang Manyu won 4-2 over Wang Yidi.