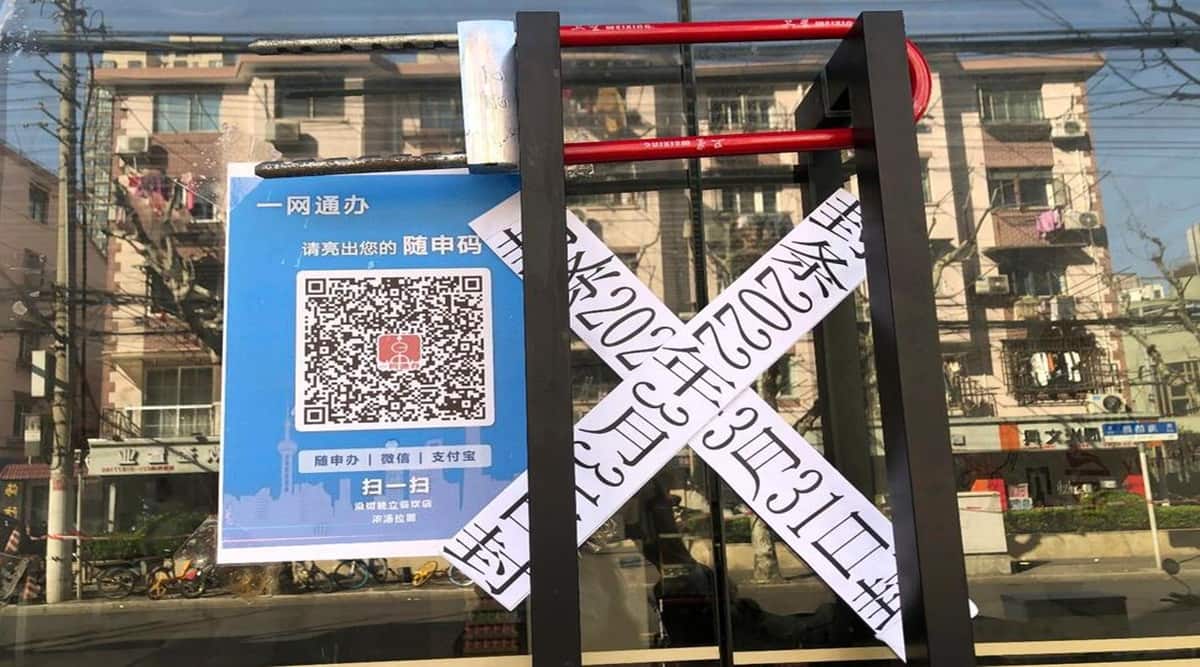 China’s sluggish economy is recovering as anti-virus measures are eased and businesses in its commercial capital Shanghai are allowed to reopen, a Cabinet official said on Monday, as data showed the Factory and consumer activity in April was even weaker than expected. About half of Shanghai’s 9,000 biggest industrial companies have returned to work after the easing of controls that shut down most of the city from late March, said Fu Linghui, director of statistics at the National Bureau of Statistics. .

The ruling Communist Party is trying to reverse a deepening downturn without giving up “zero-COVID” tactics that have also shut down sections of Beijing and other major cities to isolate every infected person. Private sector economists cut economic growth forecasts for this year to 2%, well below the ruling party’s target of 5.5% and last year’s 8.1% expansion .

“We believe the functioning of the economy is gradually improving in May as logistics are unblocked to ensure smooth access and support is increased for the real economy,” Fu told a news conference. . Restrictions that have confined most of Shanghai’s 25 million residents to their homes have raised fears that global manufacturing and trade could be disrupted, adding to upward pressure on inflation in the United States and China. Europe.

Ruling party leaders said after a May 5 meeting that containing epidemics would take priority over the economy. Virus checks have shuttered factories and other businesses or suspended access to industrial hubs, including Changchun and Jilin in the northeast and Shenzhen and Guangzhou in the south. , as well as small towns.

Chinese leaders have promised tax refunds, low-cost loans and free rent to help entrepreneurs who are the country’s economic engine. But the repeated shutdowns have disrupted manufacturing, retail and exports. Restrictions that keep families at home have hurt consumer spending. Retail sales fell 11.1% in April from a year earlier after virus checks shuttered stores, restaurants and other consumer businesses in Shanghai, Beijing and other cities, according to official data released on Monday.

Manufacturing output fell 2.9% after factories closed and those that continued to operate with employees living at their workplaces were forced to cut production due to a disruption in the supply of components. , according to the data. This has “raised downside risks” that China will miss this year’s growth target, S&P Global Market Intelligence’s Rajiv Biswas said in a report.

The government has yet to collect data for May, but activity appears to be improving judging by “physical quantity indicators”, said Fu, the head of statistics, possibly referring to volumes of freight and energy consumption. “I think the second quarter will maintain good growth momentum,” Fu said. Shanghai, China’s wealthiest and most populous city, will gradually reopen shopping malls, vegetable markets, hair salons and other businesses from Monday, the government announced.

The number of people barred from leaving their homes has fallen below one million, deputy mayor Zong Ming said, according to the official Xinhua news agency. Zong said on Sunday the number of commercial outlets in operation had risen to 10,625 from 1,400. Also on Sunday, the central bank said the official lower interest rate limit for mortgages taken out by first-time buyers first-time buyers would be lowered. The official Global Times newspaper said the policy was aimed at reigniting falling sales while discouraging speculation that could drive up politically sensitive housing costs.

“Provided the virus situation continues to improve, the economy should begin to rebound this month,” Julian Evans-Pritchard of Capital Economics said in a report. “But the recovery is likely to be lukewarm.”