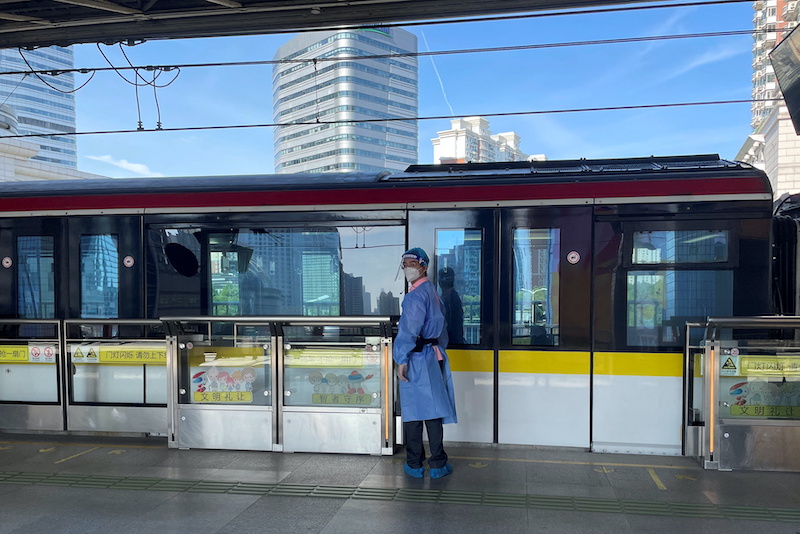 A return to normal for China’s economy is a long way off, though Shanghai, the epicenter of China’s current Covid-19 outbreak, has unveiled more post-lockdown plans Thursday.

Shanghai, which is set to officially emerge from a lockdown on June 1, has cautiously eased restrictions, allowing more of its population to venture out and putting more cars and vehicles back on its once-busy streets.

The city of 25 million people reported Thursday that it had 338 new locally transmitted infections as of May 25, the lowest since mid-March and a far cry from the tens of thousands at the height of its outbreak in April.

China’s largest city by economic output suffered from the lockdown imposed in early April. Other cities not on lockdown but still hit by strict measures, including the capital Beijing, have struggled to keep their local economies going.

Offering a dark vision of the world’s second largest economy, Premier Li Keqiang said the economic difficulties in some respects were even greater than in 2020, when the country was first hit by the Covid-19 pandemic.

China will strive to achieve “reasonable” GDP growth in the second quarter, Li told thousands of government officials across the country in an online conference.

“Chinese policymakers have a greater urgency to support the economy after very weak activity growth in April, the anemic recovery since the beginning of May and the continued rise in unemployment rates.”

Covid pandemic has created a new billionaire every 30 hours: Oxfam

George Russell is a Hong Kong-based freelance writer and editor who has lived in Asia since 1996. His work has appeared in the Financial Times, Wall Street Journal, Bloomberg, New York Post, Variety, Forbes, and South China Morning Post. . .