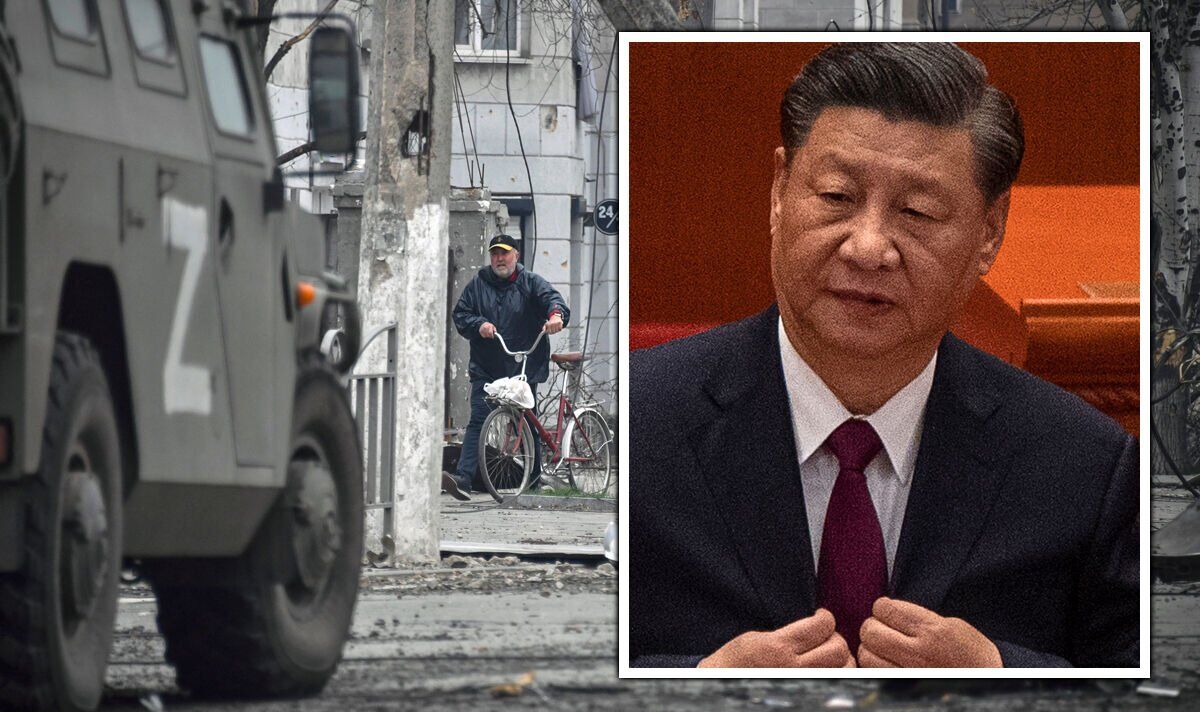 Chinese President Xi Jinping’s decision to align China so closely with Russia now appears to have backfired on Russian President Vladimir Putin’s decision to invade Ukraine on February 24. in Japan and Singapore. The close Sino-Russian relationship means that the impact of sanctions against Russia extends to China, according to Andrew Small, senior transatlantic researcher in the German Marshall Fund’s Asia program.

Last month, he wrote that Beijing is facing a “collision between the desire to keep its European relations in decent order and the complications of dealing with secondary sanctions”.

China is an important economic partner for Russia, with bilateral trade between the two nations worth around £112.69 billion.

Despite the sanctions, designed to cripple Russia’s economy, its trade with China surged again in the first quarter of 2022.

From January to March, trade turnover rose 28.7 percent from the same period last year, according to data from China Customs.

Although Sino-Russian trade in the first quarter increased further, the war in Ukraine is still impacting the Chinese economy, experts said.

Mr Small said: “Foreign capital has started to price in higher Chinese risk, given the risk that it too will be caught up in sanctions – or even repeat the experience itself at a later date. .”

The war in Ukraine has also had a major impact on China’s Belt and Road Initiative (BRI) aimed at expanding the country’s economic and political reach around the world.

One aspect of the huge project, unveiled by Xi in 2013, involves rail freight from China to the EU via Kazakhstan, Russia and Belarus on rail routes operated by state-owned Russian Railways.

However, Xi’s vision has been undermined by Putin’s war as foreign companies refuse to do business in Russia.

Journeys along Russian railway lines are technically still possible, despite US and EU sanctions.

Frederick Kempe, the head of the Atlantic Council, suggested that Xi may be forced to continue his alliance with Putin in the future due to the time and effort he has already devoted to their relationship.

He wrote last month: “Even a badly weakened Putin is better than no Putin at all for Xi, given how much the Chinese leader has invested in the relationship through more than three dozen meetings since 2014.

“The potential consequences for Xi of ousting Putin are so dire that he will be more likely to back a last-minute peace deal that leaves Putin well short of his maximalist goals for Ukraine.”

Putin and Xi spoke of the strong bond between their nations during a meeting in Beijing on Feb. 4 ahead of the opening ceremony of the Winter Olympics.

In a joint statement, they said, “The friendship between the two states has no boundaries, there are no ‘forbidden’ areas of cooperation.”

Mr Small said China could face serious consequences if Xi were to abandon Putin at this point.

He said: “As a result, while the costs to China are likely to mount as the Russian invasion enters an even bloodier phase, Beijing is more likely to swallow them than reverse its position.”