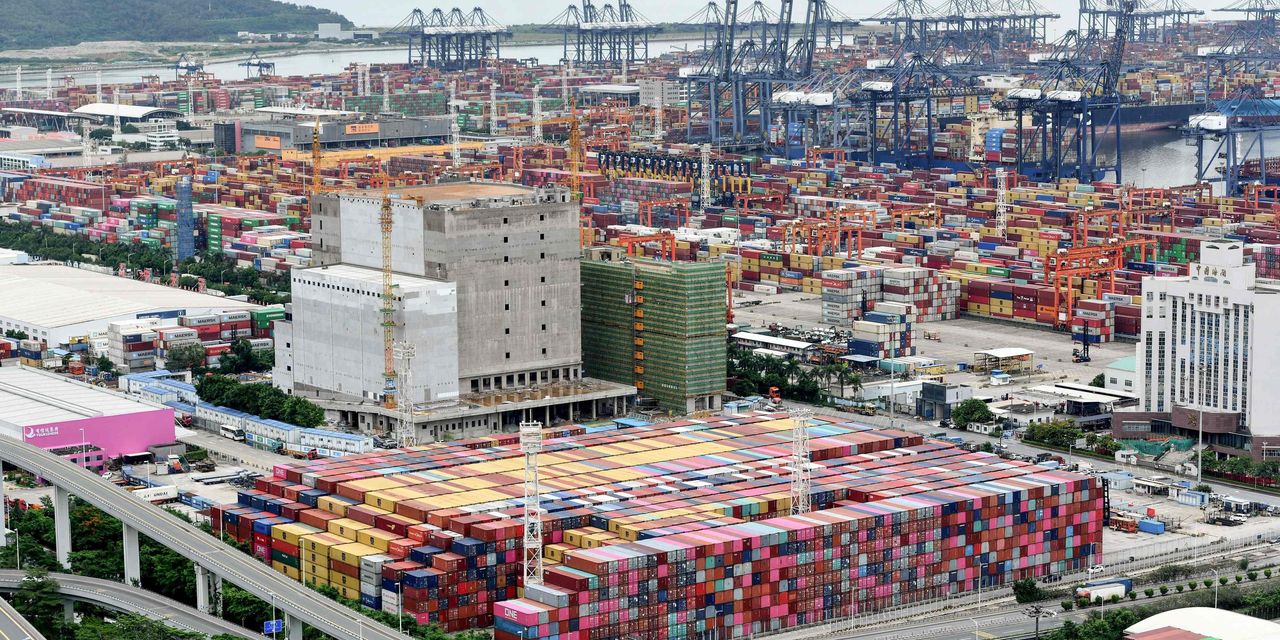 Signs of weakness on both fronts come as economists lowered growth expectations in the world’s second largest economy. In recent weeks, Morgan Stanley and Barclays, among others, have lowered their forecast for China’s gross domestic product for the full year to less than 9%, citing the impact of rising commodity prices on production and lower consumption than expected.

China’s National Bureau of Statistics said on Wednesday that its official manufacturing purchasing managers index fell slightly to 50.9 in June, from 51.0 in May.

The gauge was above the median forecast of 50.7 expected by economists polled by the Wall Street Journal and remained above the 50 mark that separates expansion from contraction for a 16th consecutive month. But it did score the lowest reading in four months.

Below the overall figure, the sub-index measuring production fell to 51.9 in June, from 52.7 the month before, as recent shortages of semiconductors, coal and electricity hampered production in many factories, the statistics office said.

As they have done throughout the global auto supply chain, chip shortages have hit Chinese automakers, keeping the auto manufacturing sub-index in contraction territory for two straight months.

The recent cases of Covid-19 in the southern province of Guangdong, an economic and export stronghold, have added constraints to bottlenecks for manufacturers.

A personal guided tour of the best scoops and stories every day in the Wall Street Journal.

Operations at Shenzhen’s Yantian Port, one of the world’s busiest, were reduced to 30 percent of capacity from late May and only started to recover in recent days, port officials said.

Meanwhile, the new export orders sub-index fell deeper into contracting territory to 48.1 in June from 48.3 in May, signaling weakening external demand for Chinese products.

As the first major economy to emerge from the pandemic last year, China has benefited from strong global demand for its export products, which has helped China’s export sector to continually defy expectations. of the market.

Now economists are seeing the trend reversed as the lifting of pandemic restrictions in Western countries drives a shift in spending by affluent consumers, away from purchases of big ticket items and more towards in-person services, says Sebastian Eckardt, Senior China Economist at the World Bank.

As this change takes hold, the contribution of net exports to China’s overall growth is likely to decline, Eckardt said. The World Bank predicts that China’s current account surplus, which includes foreign trade in merchant goods and services, will fall to around 1.4% of gross domestic product this year, from 1.9% last year.

As exports slow, Eckardt says he expects “import growth to pick up in China thanks to stronger domestic demand.” Chinese leaders also called on the economy to turn more to domestic consumption.

But on this point, Wednesday’s economic data offered more grounds for caution than optimism.

China’s official non-manufacturing PMI index, which includes indicators for services and construction activity, fell in June to 53.5 from 55.2 in May, the statistics bureau said on Wednesday.

The sub-index measuring service activity fell to 52.3 from 54.3 the previous month, while new orders received by service providers fell into contracting territory, to 49.5 in June from 52 , 0 in May, reflecting a rapid cooling in market demand. The sub-indices following air transport, food services and accommodation have also fallen into contractionary territory.

The declines come as recent cases of Covid-19 in Guangdong have weakened consumer sentiment.

With relatively slow to roll out vaccinations and many Covid-19-induced restrictions still in place, consumers have remained cautious whenever a new wave of infections has erupted. Economists had to curb their expectations after the hoped-for recovery in consumer spending failed to materialize.

â€”Grace Zhu and Stella Yifan Xie contributed to this article.