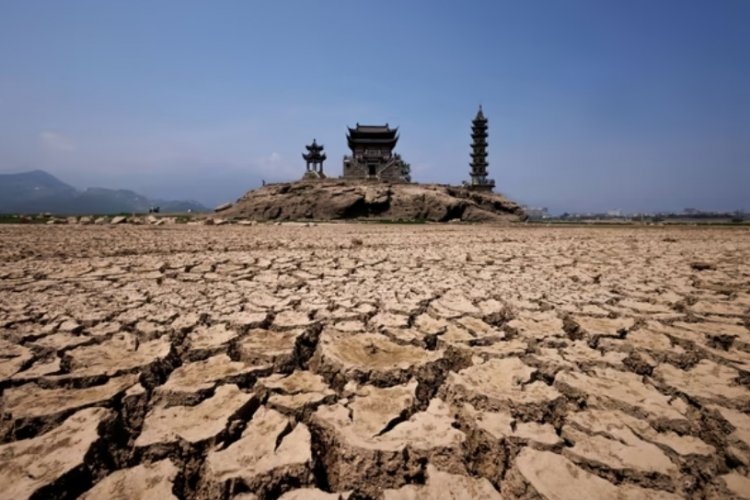 According to China’s National Climate Center, parts of China have faced prolonged heat waves. This is the first time this has happened since 1961. More than 90 million people in more than 17 provinces are affected by the scorching heat.

In the midst of an economic crisis, China is also struggling with drought. Establishment of temperature records. Crops are ruined. Reservoirs are drying up. The water level of the rivers is decreasing. The situation in the country is blowing the senses of the Chinese government. Coping with the drought is no less than a challenge for the Chinese government as it is directly linked to the country’s economy.

Drought in more than 17 provinces

More than 90 million people in more than 17 provinces are affected by the scorching heat. This has affected its food and energy security. Water levels in China’s largest freshwater lake, Lake Poyang, and other areas of the Yangtze River Basin (YRB) also continue to drop, reports JustEarth News.

This has led to a decline in China’s water and food security as well as hydropower generation. Along with the electricity shortage, the country’s energy security has posed challenges. China is said to have experienced the hottest summer since 1961. As JustEarth News reports, the intense weather has brought about drought. This summer in China is getting even worse.

According to Liu Weiping, vice minister of water resources in China, the autumn harvest in China is in a “critical stage”. exports.