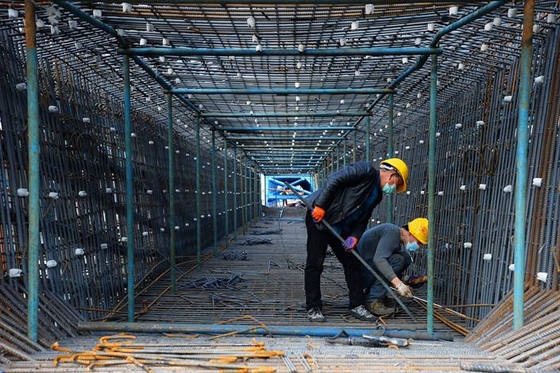 In less than a month, the government’s development goals and priorities for the year will be announced during the annual session of the National People’s Congress (NPC), China’s top legislative body.

But those who want a quick glimpse of the world’s second-largest economy plans for 2022 have another place to look: the annual sessions of regional legislatures.

Each of the 31 provincial governments on the Chinese mainland announced growth goals and political goals for the new year when delivering annual work reports to local legislatures.

A US congresswoman recently proposed a bill to ban giant panda cubs born in the United States from being returned to China, defying the so-called “panda diplomacy” inaugurated 50 years ago to mark the friendship between the two world powers.

South Carolina Republican Nancy Mace argued that China had tried to “soften its image” by loaning giant pandas to zoos around the world and said she hoped it would send a message to the China during the Beijing Winter Olympics that pandas should not be used as a front. A state-backed Chinese newspaper called the move “absurd and ridiculous”.

Xi told the city government to “take major responsibility” to mobilize all available resources and take all necessary measures to protect the lives and health of Hong Kong people. He said the city would have Beijing’s full support in the fight against the disease, according to information from Wen Wei Po and Ta Kung Po, two pro-Beijing news outlets in the city.

Ant Group Co. Ltd. create a new subsidiary to provide software services to financial institutions and other business customers, the fintech giant’s latest move to double down on its technology services.

Chinese inflation slowed down in januaryoffering Beijing more leeway to consolidate the economy ahead of a key political meeting of leaders later this year.

The producer price index (PPI) rose 9.1% from a year earlier, official data showed on Wednesday, weaker than economists’ forecast of a 9.5% increase and down from 10.3% in December. Consumer prices rose 0.9% last month from a year earlier, the National Bureau of Statistics said, slower than an expected increase of 1%.

An index measuring China’s prices of 21 rare earth oxides and combination products released by China Rare Earth Industry Association jumped 99% from the same time last year to 426.75, setting a record. On the first day of this year for which the association gives a figure, January 4, the index was around 340.

UMC said its Hejian Technology (Suzhou) Co. unit is helping local authorities screen all workers, after which all operations will resume.

Suzhou in east China’s Jiangsu Province reported eight cases of Covid-19 on Monday, all from the Suzhou Industrial Park, which is home to more than 1,800 high-tech companies.

CATL plans to build more factories outside of China, including in the United States

The world’s largest electric vehicle battery manufacturer Contemporary Amperex Technology Co. Ltd. (CATL) noted it plans to build more factories overseas, including in the United States, to localize the supply of its products.

CATL, based in eastern China’s Fujian province, tried to allay investor concerns over the recent sale of its shares, which on Friday were down around 29% from the peak. of December.

Construction of the 21 billion yuan ($3.3 billion) plant, which will be based in Changchun, the capital of Jilin province, is expected to begin in April and be completed by December 2024, according to a government document.


Newsletter recommended for you /

China Green Bulletin Premium – Subscribe to join the Caixin Green Community and stay up to date with the most exclusive ESG, energy and carbon news. Register here.

Thanks for reading. If you haven’t already, click here register.