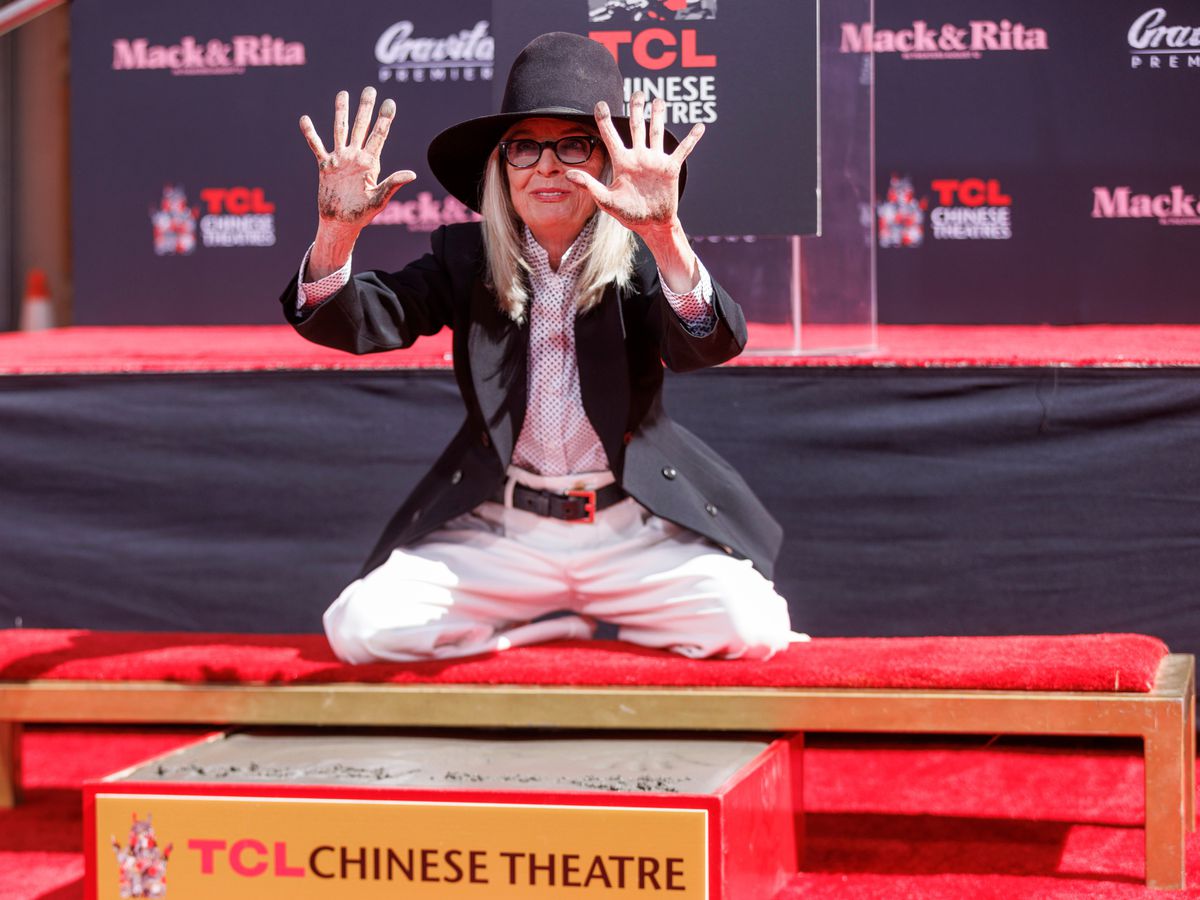 Diane Keaton recalled her childhood dreams of being part of the “wonder-filled world” of Hollywood as she placed her handprints in cement at the TCL Chinese Theatre.

The 76-year-old actress paid tribute to her mother and father, telling them she was “still that little Dianey” with ambitions to be on the big screen at Thursday’s ceremony.

Keaton, whose acting career spans over six decades, is well known for her roles in The Godfather Trilogy, Annie Hall, Father Of The Bride and The First Wives Club.

She has won numerous accolades, including Oscar nominations for her role in Something’s Gotta Give, Reds and her performance in Marvin’s Room.

Keaton won the Golden Globe for her performance in Something’s Gotta Give, written and directed by Nancy Meyers, and starring Jack Nicholson.

Arriving for the ceremony at the famed Los Angeles theater wearing a tall black hat and flared white pants, she laughed enthusiastically and waved at friends and family who had arrived to support her during ceremony.

“As a girl growing up in Orange County, the mere thought of Hollywood Boulevard seemed like a mysterious dream that would never come true,” she said.

“One summer day, mom and dad piled us kids into the car with a nice surprise, which turned out to be an empty parking space near Grauman’s Chinese Theatre.

“Each of us was blown away by the sheer wonder of the building…it was breathtaking for Dad to see his favorite stars (footprints).

“I was overwhelmed by a secret desire early on to be funny…I already wanted so, so badly to be a part of this wonderful world called, of course, Hollywood.

Becoming audibly emotional, she added: ‘It’s for mum and dad, I’m still that little Dianey, all knotted up in emotion.

“I used to dream about the big screen and I just want to say thank you, for me being here right now is not only an honor, it’s also a real reminder to take care of our precious monuments.

“I am so lucky to be in front of you at this time in my life.

“Thank you for this honor, it’s just remarkable.”

With the help of event staff, Keaton then placed her hands and feet in the cement, remarking “it’s so weird” and signing her name.

The ceremony coincides with the US release of her latest film Mack And Rita, in which she plays the 70-year-old manifestation of young homebody Mack Martin – which is set to hit theaters on August 12.