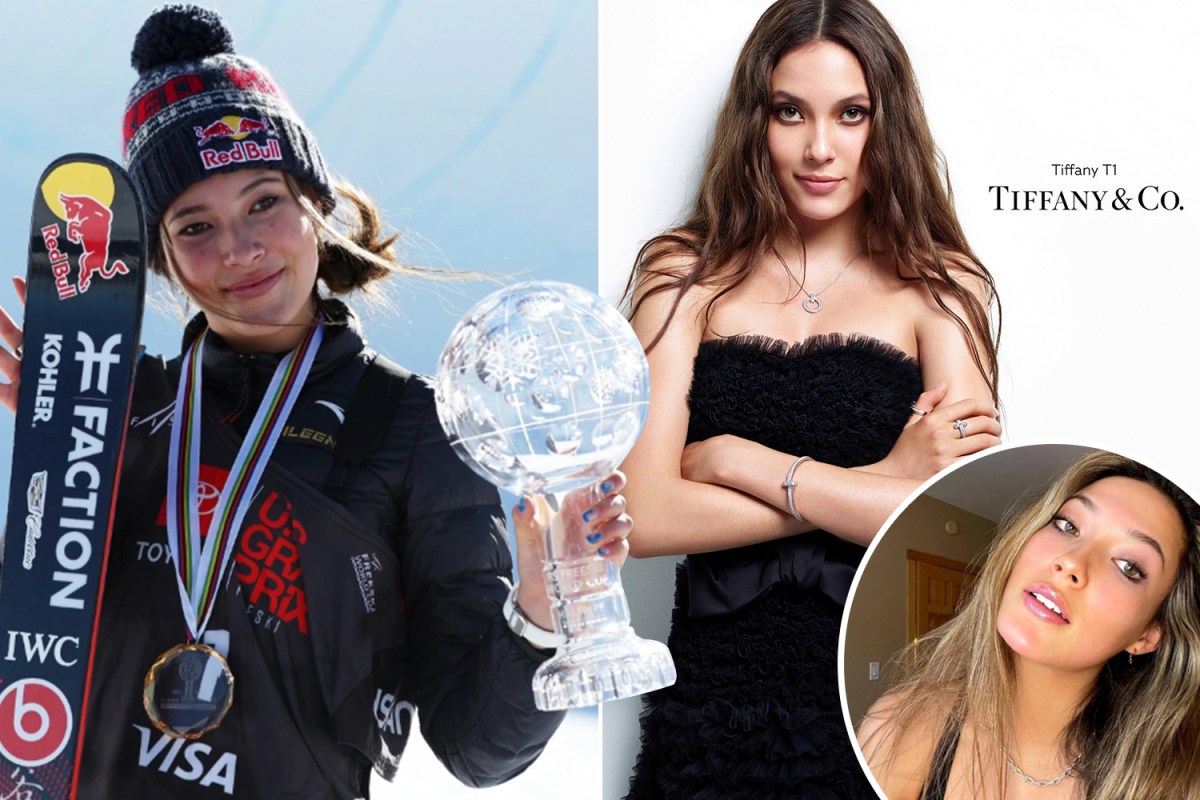 Eileen Gu, 18, the poster girl for the Winter Olympics, is a Victoria’s Secret and Vogue model who snubbed the US team for China

If you’re looking for the hottest star athlete at the Olympics, you should look no further than Eileen Gu.

She has ALREADY represented fashion houses such as Louis Vuitton, Tiffany & Co, Gucci and Fendi in striking advertising campaigns.

This means her star has risen even before she has competed in the Winter Olympics and she could charge around £2m per endorsement.

Incredibly, it was claimed she earned £12m last year from sponsors.

California-born Gu, who sparked controversy when she switched allegiance with Team USA to represent China at Beijing 2022, is also proving she has more than beauty on her side.

When she finishes the Games, she will head straight to America’s top university, Stanford.

Here’s why experts predict she could be the “Tony Hawk of China’s winter sports.”

And she’s still the baby of the ski world.

Born and raised in San Francisco, Gu was apparently destined to be America’s next breakout athlete.

But, a change of heart saw her switch allegiance to fierce political rivals China. It couldn’t come at a worse time, fresh off of her first World Cup victory in red, white and blue at 15.

“I have decided to compete for China in the 2022 Winter Olympics,” she wrote on Twitter.

She explained that her decision was made with her Chinese mother, Yan, in mind.

The backlash she received for a decision came from all sides, with many wondering why she would want to represent a country accused of violating human rights and dealing with unfair trade policies.

In recent years, Gu has been an advertiser’s dream.

With good looks and serious talent, headphones Red Bull, Cadillac and Beats by Dre desperately wanted her to endorse their products.

And as soon as she defected to China, her popularity skyrocketed in the Far East on a much larger scale.

To date, she has racked up 23 other sponsors in her adopted country, including Bank of China, China Mobile and dairy giant Mengniu.

While she also became a spokesperson for coffee company Luckin’ Coffee, the equivalent of Starbucks.

According to reports, it will take £2million for Gu to even consider presenting a product.

And last year she is thought to have raked in £12million… all before she made a name for herself in the sport.

She held a £3,000 handbag made by the French designer alongside her showbiz pals – looking every inch of the room.

Louis Vuitton, Tiffany & Co, Gucci and Fendi lent her pieces to wear on the red carpet.

Victoria’s Secret, driven by the idea of ​​adding diversity to her angels, signed her up as a model.

She has contracts with the international modeling agency IMG Models Worldwide, has posed in lingerie for Harper’s Bazaar and has appeared on the covers of Vogue and Chinese Elle.

In September, Gu was a guest at the ultra-hip Met Gala where she dazzled in a Carolina Herrera bubble dress.

But, she didn’t skimp on her schoolwork.

Somehow, while juggling an elite athletic career and being the queen of fashion, Gu also pursued her education.

She attended a private school in the Bay Area and is incredibly academic.

The brilliant young lady scored a near-perfect 1580 SAT, which earned her acceptance into America’s leading university, Stanford, where she will continue her education.

The gold medal favorite is fluent in Mandarin and has been known to show off her smarts to fellow skiers.

“She uses words bigger than them. She talks about things beyond skiing and going out. She throws chemistry stuff at them.”

You can imagine that if she succeeds in Beijing, Gu won’t talk about science.

And she might leave her competitors feeling stupid, if she knocks them off the tracks as planned.

Who was the real Mrs. Astor?