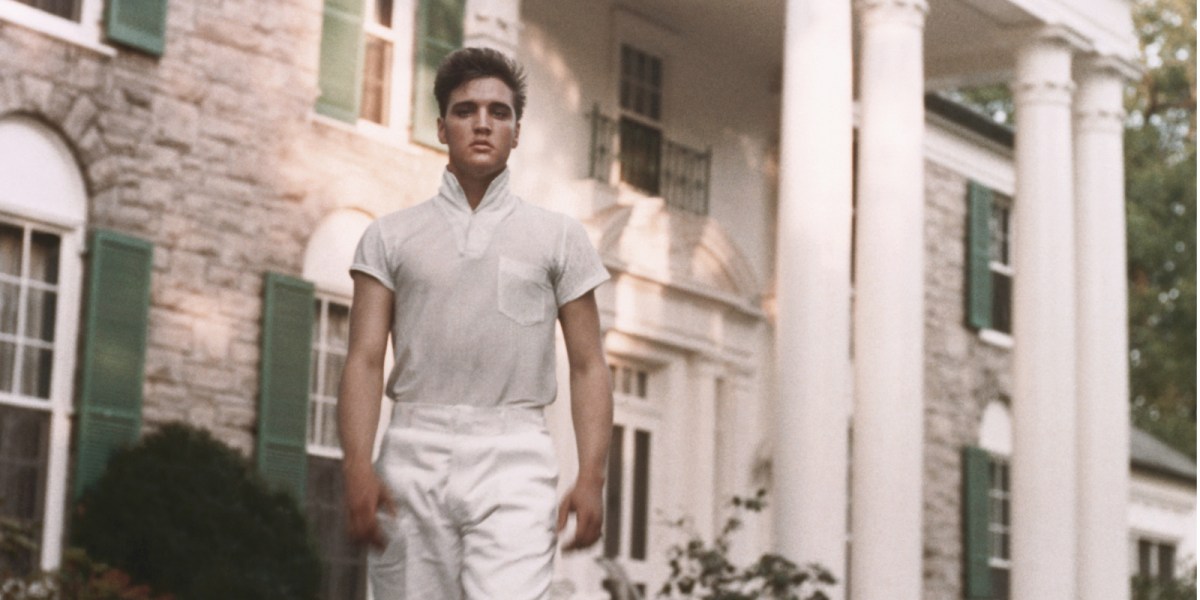 There are many hidden objects in Elvis Presley’s 20-year-old home, Graceland. The mansion, where Presley resided with his family members and friends, became his safe space from the outside world. However, as the king of rock and roll, he used certain behaviors that others might find odd. One way he silently connected with his staff is hidden in the dining room of the house.

Graceland has many hidden objects

Presley’s house contained many hidden objects that were part of ordinary life at Graceland. Some of them were visible while others are not seen when visiting the house.

Some of Graceland’s hidden objects include a secret window in the TV room. This area housed a movie projector so Presley could show the latest films for his family and friends.

There’s a hidden secret about the house’s most iconic and beloved jungle piece. Originally, the area was not part of the original structure. First a screened room, in 1965 Presley completely enclosed the porch. He then transformed the area into what is known as the wildest chamber in Graceland.

A secret hidden in a portrait of Presley in the home’s entryway is in full view of fans. Although Presley is commonly thought to be leaning on a chair in the painting, he was really holding onto the rim of a bicycle.

According to the official house blog titled “Unseen Graceland,” there are several unique locations that fans cannot access during the daily visit.

“First stop, the dining room. Didn’t you know there was a doorbell type buzzer under the table so Elvis or whoever was at the head of the table could call the staff in the kitchen. There were no pull cords ringing the basement bells, as seen in Downton Abbey. Pretty fancy stuff for the 70s,” the blog post said.

The gorgeous dining room is flanked by deep blue curtains. There are also two budda statues at the end of the room on either side, sitting on shelves in the corners. These items were in the room when Presley purchased the house in 1957. Prior to Presley, the property was owned by Ruth Brown Moore and her husband, Dr. Thomas Moore.

Does the family eat in the dining room when visiting Graceland?

Graceland’s dining room has a black marble floor at its center, flanked by plush white carpeting. Both corners of the room have curio cabinets filled with collectibles. Above the large dining table is an ornate Italian glass chandelier. The table is set with Presley’s wedding china.

When Presley’s daughter Lisa Marie visits the house with her mother Priscilla and children Riley Keough and twins Harper and Finley Lockwood, the clan eats in the dining room. However, according to Angie Marchese, vice president of archives and exhibits for the estate, the Presley family would not use the table for meals.

She said two extra tables are set up next to the one in Graceland’s dining room when the family eats there together. Marchese revealed to Express, “The family does not stay here at Graceland, but they come here and visit. They don’t use Elvis and Priscilla china, we have new china we bought for Lisa to use when she’s here.”

She revealed that the china the family uses is kept in a dresser in Aunt Delta’s bedroom, near the Graceland kitchen.