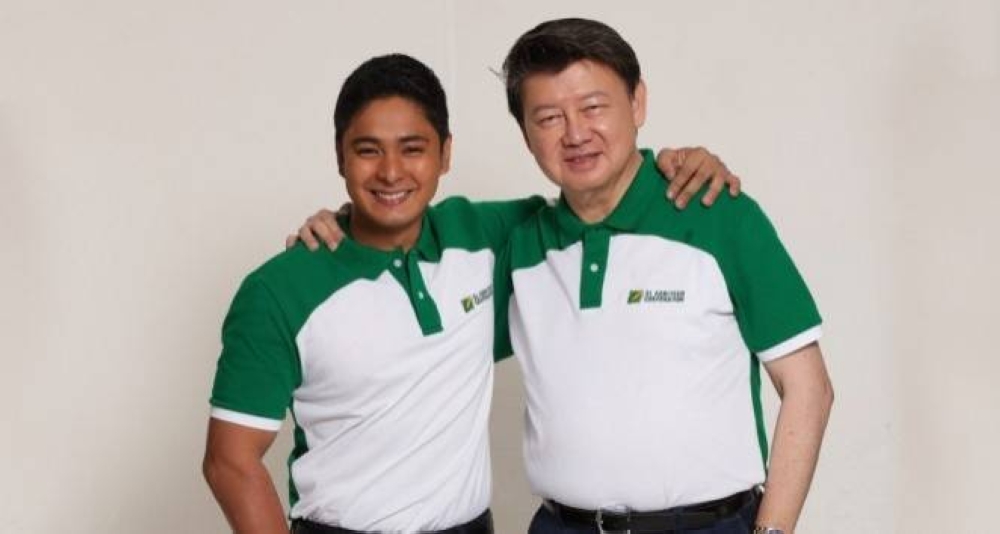 The President of the Federation of Philippine-Chinese Chambers of Commerce and Industry, Inc. (FFCCII), Dr. Henry Lim Bon Liong, with Coco Martin.

“FFCCCII thanks award-winning singer, songwriter and businessman Jose Mari Chan for his recent selfless contribution to our efforts to promote better friendship and win-win cooperation between the Philippines and our former trading partner and ally China. We also honor him for his many inspiring musical contributions to Filipino culture,” Liong said in a statement, adding that Chan’s late father, Antonio, was also a respected business and civic leader.

“Besides his many literary and journalistic works which enriched Filipino culture, we also remember his late father Dy Hian Chin, who was an academic and had been a humble, respected and dedicated Secretary of the Chinese Chamber of Commerce and Industry Camarines Norte Filipino.”

Finally, the federation cited actor Coco Martin of the television series “FPJ’s Ang Probinsiyano” for his success in the role of crusading policeman Cardo Dalisay.

“Unknown to many, Coco Martin, a few years ago, also expressed his support for Philippine agriculture and Philippine rice farmers in cooperation with the Ministry of Agriculture and SL Agritech, and we thank him,” noted finally. lion.