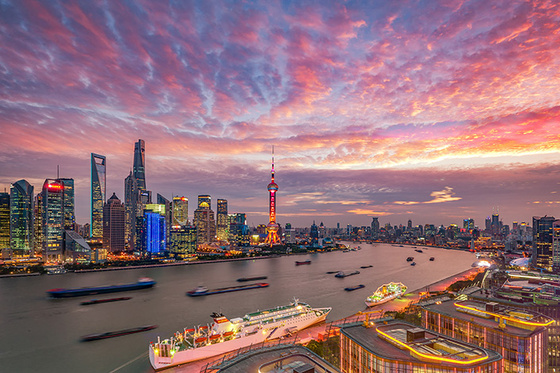 On the Chinese economy, gloom and doom are all Western commentators see. They worry about China’s housing slowdown, weaker domestic data and reactive Covid measures, arguing that only exports are supporting growth. Now, while many fear a global recession, they also fear these wobbles – potentially triggering the dreaded and rarely seen economic “hard landing” that prolongs China’s bear market. The late release in mid-October of preliminary Chinese trade data only amplified Western concerns about slowing exports. But don’t be afraid. Most data does not point to a deep global recession. Even if there is a little deep, the Chinese economy has seen worse before. He can now. Here is a comprehensive overview of current realities.

Yes, Chinese real estate is weak. Yes, the data suggests a slowdown in overall national economic activity from the heady days of a few years ago. Profits for Chinese mainland developers fell -87% year-on-year in the first half of 2022, while sales of commercial properties fell -28% year-on-year. Residential sales are down -30%. And, yes, we don’t see the rapid growth of years past, like 2010 and 2011, when GDP grew more than 10% a year, supported by retail sales up 18% yoy and 17 %, respectively, while industrial production jumped 13% year on year and 12%. Many observers have been captivated by the “miracle” of growth.

Now the government is targeting slower GDP growth of around 5.5% this year. Export growth is also slowing, from 18% year-on-year in July to 7.1% in August. This deceleration was well below consensus expectations of 13% growth. Many say even that won’t last as the world faces recession, stifling demand. But this rests on two erroneous premises: first, that the global economy is extremely weak. And second, the slowdown in China’s domestic economy from past ultra-fast rates is a sign of future fragility.

Let’s start with the first. A sober look at the data does not support a deep global slowdown ahead. US GDP contracted in the first and second quarters, but anomalies such as falling inventories and slowing government spending explain them. Third-quarter data is yet to be released, but “nowcasts” — compilations of incoming data from Federal Reserve branches in Atlanta and New York — estimate between 2.8% and 3.8% annualized growth . Are these estimates perfect? No. But other indicators agree that growth persists.

Consider US bank loans. Although the US Federal Reserve is pursuing the most aggressive rate hikes of any central bank in the world, US loan growth has fallen from 4.3% year-on-year in January to 11.1% in August. Loans are the lifeblood of investing, a key oscillating factor in economic cycles. That it expands does not synchronize with recessionary conditions. Inflation? It has been much warmer globally than in China and is weighing heavily on Western sentiment – however, it is showing early signs of a peak. Food and oil prices have retreated globally from 2022 highs, with oil down more than -20% from the June high in yuan and the United Nations World Food Price Index down -14% since March.

Elsewhere, the data reveals mixed, but not uniformly bad, conditions. S&P Global’s Purchasing Managers’ Indices (PMI) for Japan, Canada and Europe show that new manufacturing orders (a forward-looking indicator – since today’s new orders signal future production) have fallen sharply dropped in September. However, US manufacturing new orders rose overall. Orders for non-military capital goods in the United States, excluding aircraft – an indicator of business investment – ​​rose in August, while durable goods orders were roughly flat. Services PMIs for September – the bulk of GDP across most of the world – reveal that new business rose in Japan, France and America, while falling in Germany and the UK. Not good, but not terrible either.

Travel is strong and picking up, boosting economies around the world. Air passenger data in the United States shows that about 20% more travelers are passing through checkpoints now than at the same time last year. The reopening of Japan to American and European tourists is also giving a boost.

Yes, slightly bearish markets in America and Europe indicate that a global recession is possible, as stocks often fall before recessions. But this record is not perfect. What this year’s decision seems to suggest is a mild slowdown or slowdown in growth, not a deep recession.

Moreover, history shows that Chinese growth can persist despite pockets of weakness and recession elsewhere. Consider 2001: Then the recession hit America and soon after most of the EU countries, including France and Germany. Global stocks fell -16.2% in yuan terms that year. Yet China’s GDP grew by 7.4% as your government’s overhaul of state-owned enterprises and China’s entry into the World Trade Organization boosted growth. More recently, in 2011 and 2012, the Japanese recession and the European debt crisis could not destroy the demand for Chinese exports. China’s GDP grew by 10% and 7.9%, respectively, in those years as fears of a “hard landing” raged.

Perhaps China will not regain the double-digit growth of the past decades. It probably won’t! But that wouldn’t be a surprise. Your government’s downside targets have been telling you this for years. And growth looks good overall. Retail sales growth reached 5.4% year-on-year in August, compared to 2.7% in July and -6.7% in May. Some base effect is playing in this data, as the strong year-over-year growth returns to the relatively weak base of August 2021. But the data reflects growth nonetheless.

Industrial production also improved, growing 4.2% year-on-year. While not a gangbuster, it beat consensus growth expectations of 3.8% – and is well above May’s 0.7%. Credit growth in September also exceeded expectations. Total social finance was up 10% year-on-year, a tenth more than in August. This is thanks to various PBOC measures, such as lower funding costs and increased lending. Yet many reject this data in the face of China’s near-term economic difficulties.

The mindset of Western pundits is stuck in the days when China’s “miracle of growth” was the talk of the business community. They seem to think that’s what the country should pursue. But that’s not realistic. Not because China’s growth prospects are doomed, but because your country’s economy is too big and too mature to grow so quickly. The slowdown in Chinese growth is, at least in part, due to a much broader base. Consequently, the meteoric growth of 2007 added fewer yuan to GDP than the growth of 2019. Many overlook this – you shouldn’t. Lower growth rates do not matter when the volume of activity is greater. This helps China ride out a global recession, should one arise.

Don’t be scared off by China’s “hard landing” proclamations, even when they seem so plausible given the global gloom. Instead, own stocks now before everyone sees their fears were wrong and buy.

Ken Fisher is the founder and executive chairman of Fisher Investments.

The views and opinions expressed in this opinion section are those of the authors and do not necessarily reflect the editorial positions of Caixin Media.

If you would like to write an opinion for Caixin Global, please send your final thoughts or opinions to our email: [email protected]

To download our app to receive news alerts and read news on the go.