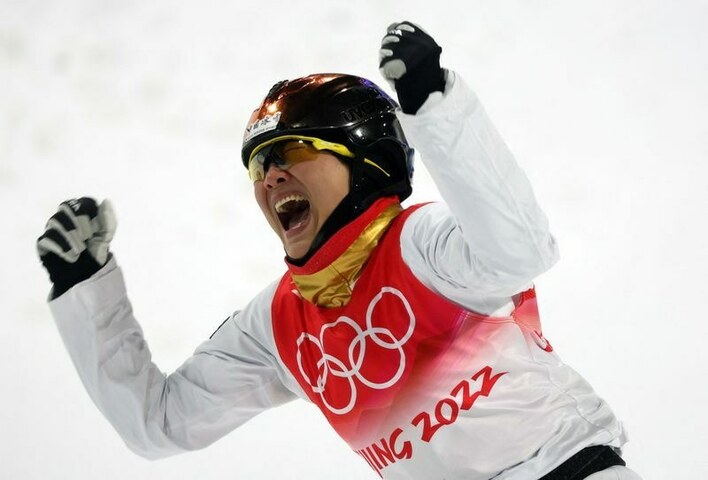 China’s Xu Mengtao finally won Olympic gold when she triumphed in a spectacular women’s freestyle ski jumps final on snow on home soil Monday, producing a spectacular leap as most of her main rivals faltered.

Xu had to wait for American Ashley Caldwell, the most impressive performer in qualifying, to try to beat her score, only to crash-land and spark wild celebrations among Chinese fans.

It was China’s first victory in the event after five silver medals since its addition to the Games program in 1994.

Caldwell finished fourth, one place ahead of world champion and Australian favorite Laura Peel, who had a final to forget.

On a freezing night, a wind blowing from the north brought the temperature down to -23 degrees Celsius and made jumps difficult.

Peel had scored in the qualifying competition earlier in the day – postponed from Sunday due to bad weather – with a monstrous score of 104.54. But she was scared in the final as she disappeared in a cloud of fresh snow in a mess of landing to sit ninth of the 12 finalists after the first lap.

She again flirted with disaster with her second vault, both hands touching after her triple, but the difficulty level earned her 100.02 and a place in the final.

Caldwell didn’t need to make her second effort but, full of confidence after her mixed team gold medal on Thursday, did – and improved her score to 105.60.

The format meant the top six advanced to the final with all previous scores wiped out – with just one more jump each to decide medals.

Huskova was the worst of the six, but she came out of the blocks with 107.95 points – then sat to watch and wait.

Peel went all out for a triple but had another terrible landing and China’s Kong Fanyu attempted the same jump, with an even more spectacular head-first obliteration.

Xu, however, bucked the trend and made no mistakes, scoring 108.61, and Caldwell couldn’t respond – reversing the pair’s fortunes since the team event when the United States beat China for gold.