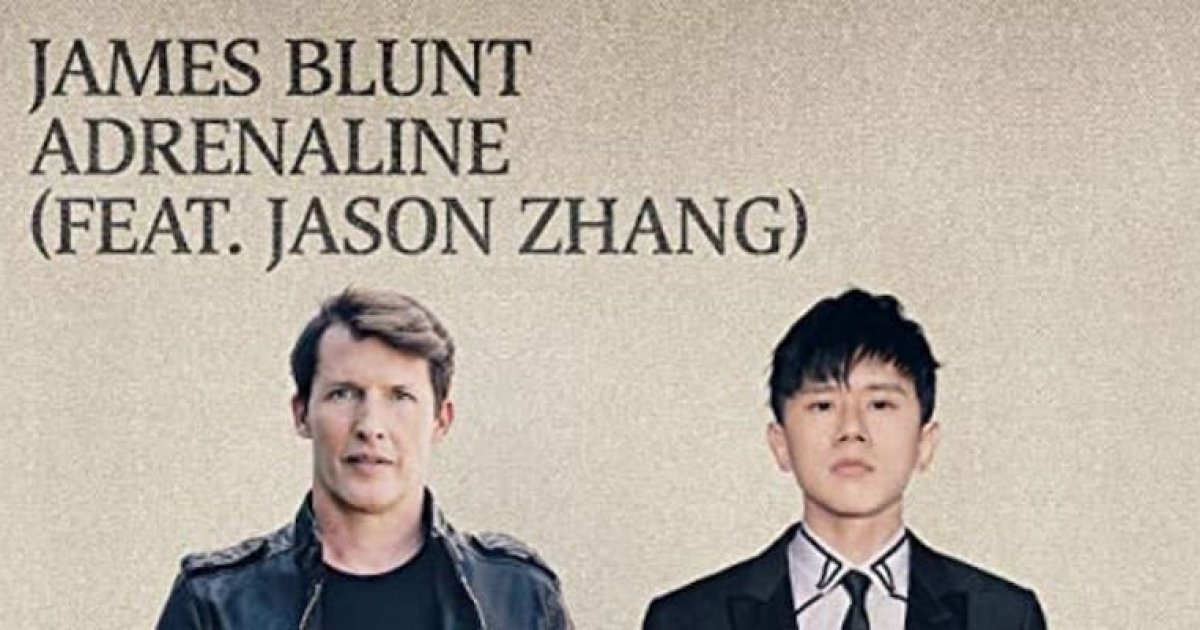 LOS ANGELES, March 24 — The giants of the music industry are always looking for new territory to conquer, and China is firmly in their sights. Labels and record companies are increasingly turning to the Asian country to reach new audiences. One strategy to achieve this is to boost the careers of Chinese artists on the international stage by presenting them as star artists in musical collaborations.

James Blunt is no stranger to collaborations, teaming up with other artists to explore new musical lands. The English singer joined French rapper Sinik on I realizeand German DJ Robin Schulz on Okay, for example. Now James Blunt is turning to Asia for his latest partnership, with Jason Zhang. The Chinese pop star makes an appearance on a new version of the single Adrenaline. Here, Jason Zhang sings in English, as he did for his hits Pretty white lies, thoughts of love and Jump.

While most music lovers know James Blunt from the huge success of his song You are beautiful, they probably know Jason Zhang less. However, the 39-year-old singer is a real star in China. He appeared on many TV talent showsincluding great boy, I am a singer and my showwhich he won in 2004. He has 12 studio albums and 190 music awards to his credit.

Despite this, Jason Zhang is relatively unknown beyond China’s borders. Warner Music Asia and Atlantic Records UK, which represents James Blunt, hope to remedy this situation with Adrenaline. “Jason is an accomplished artist. This track allows him to build his presence around the world, giving fans who may not have known him the opportunity to discover his talent,” said Paul Samuels, Vice President of Artists and Repertoire at Atlantic Records UK. , in a press release.

This appearance as a star artist is not without commercial ulterior motives for James Blunt. The English singer has every interest in capitalizing on Jason Zhang’s notoriety in China, the country where he performed in 2018 as part of his world tour “The Afterlove Tour”. “For James…the track provides an exciting offer to his growing fan base in the region,” Paul Samuels points out.

China: A (difficult) market to conquer

Warner Music Asia and Atlantic Records UK also have a vested interest in ensuring audiences are receptive to Adrenaline. Music professionals are increasingly looking to Asia – and China in particular – to increase their influence. At first glance, the country is an El Dorado for the music industry. It has more than 1.4 billion inhabitants, who seem to particularly appreciate this form of art. The Chinese spend an average of 22 hours and 9 minutes a week listening to music, according to the International Federation of the Phonographic Industry. They only spent 17 hours and 7 minutes per week on this activity in 2019.

Most Chinese people listen to music through streaming platforms, not by hacking, as was the case a few years ago. Yet Spotify, Apple Music and others are still struggling to break into a market largely controlled by the Tencent group. However, they are redoubling their efforts in this direction. In 2017, Sweden’s Spotify entered into a 10% minority cross-shareholding agreement with the Chinese digital giant to expand their respective presence in each other’s major markets.

Record labels and artists rely on using star artists to act as a gateway to the Chinese market. A collaboration with a local talent can allow a singer to gain visibility in a country where people mainly listen to local productions. “Partnerships between Chinese and international artists are set to become a growing trend, as international artists want to tap into the vast audience here and local artists want to take their place on the global stage,” said Jonathan Serbin, co-president of Warner Music. Asian. , in a report. Time will tell if James Blunt is Adrenaline can do the trick. – Studio ETX