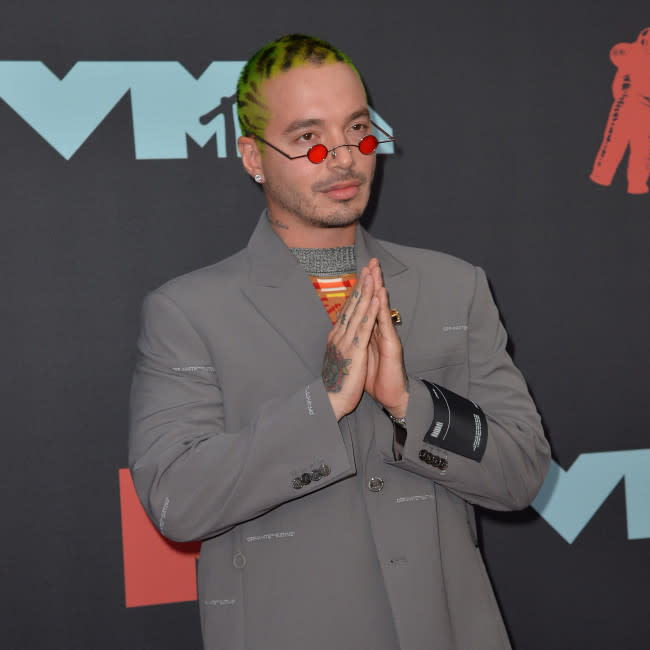 The 36-year-old star has been widely criticized for the controversial video, which shows him walking two black women on a leash, who wear makeup to look like dogs – and he’s now taken to Instagram to apologize.

Balvin – whose track is a collaboration with Dominican rapper Tokischa – said on his Instagram story: â€œIt’s not who I am.

“I’m talking about tolerance, love and inclusion. I also like supporting new artists, in this case Tokischa, a woman who supports her people, her community and who also empowers women.”

Balvin also explained that he made the decision to remove the controversial video from YouTube.

He said: “Out of respect, I deleted the video eight days ago. But because the criticism continued, I’m here to make a statement.”

Balvin also apologized to his own mother.

He said, “Mom, I’m sorry too. Life is getting better every day. Thanks for listening to me.”

Raymi Paulus, who directed the video, discussed the controversial scenes in an interview with Rolling Stone magazine.

Raymi told the publication: “I understand that there will never be a unanimous opinion on what constitutes art, but, for me, art doesn’t just communicate beauty and positivity – it communicates also the shortcomings of society, taboo subjects and other ways of seeing reality that do not always correspond to the pop vision that dominates the current market. “

However, she also stressed that “art is expression”.

Responding to the backlash, the 25-year-old star said, â€œI understand the interpretation people got and I’m so sorry that people felt offended. But at the same time, art is expression. create a world. “