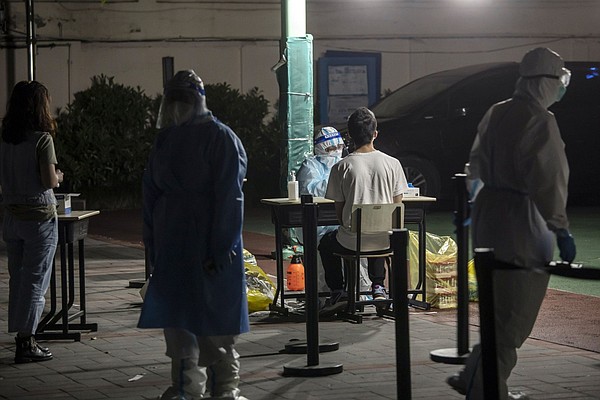 China’s lockdowns to contain the country’s worst covid outbreak since the start of 2020 have wreaked havoc on the economy, stalling production in major cities like Shanghai and halting spending for millions locked in their homes.

The restrictions aim to eradicate any trace of the virus in the community, but they have also put pressure on everything from manufacturing and trade to inflation and food prices.

Premier Li Keqiang has repeatedly warned of risks to economic growth, telling local authorities earlier this week they should “add a sense of urgency” when implementing existing policies. The government is firmly sticking to its Covid Zero approach for now, a strategy which economists say will bring growth down to 5% this year, below the official target of around 5.5%.

Here’s a deeper look at the impact of the shutdowns on critical sectors in the world’s second-largest economy.

• Commodities have been affected. China recorded sluggish commodity imports in March as higher prices due to war in Ukraine and tightening virus restrictions weighed on demand.

Natural gas purchases were the hardest hit, falling below 8 million tonnes to their lowest level since October 2020. Crude and coal purchases were also well behind last year’s schedule. .

Chinese demand for jet fuel is expected to fall by 25,000 barrels per day from a year earlier, a drop of 3.5%, according to the International Energy Agency. The IEA previously forecast growth of 10,000 barrels per day. The number of daily flights in China, a seven-day average, fell below the lowest level seen in 2020, with fewer than 2,700 active flights on Tuesday, according to Airportia, a real-time flight tracker.

Chinese metal makers face obstacles in transporting raw materials and finished products, which has led to production cuts. Six of the twelve copper rod factories in Shanghai’s neighboring provinces surveyed by the Shanghai Metals Market said they had stopped or planned to stop production. The researcher also predicted an increase in aluminum stocks.

Meanwhile, Chinese buyers have cut purchases of liquefied natural gas from the world’s largest LNG importer as prices soar and domestic demand stagnates. Imports in the first quarter fell 14% from the same period last year, dispatch data shows, and private companies are rejecting offers to use once-coveted slots at receiving terminals owned by the state.

• Port congestion. Shanghai’s city-wide lockdown has created congestion in the world’s biggest port, with queues of ships building there and at other stops dealing with diverted shipments. The number of container ships waiting off Shanghai as of April 11 was 15% higher than the previous month, according to Bloomberg shipping data.

A shortage of port workers in Shanghai is slowing the delivery of documents needed for ships to unload cargo, shipowners and traders say. Meanwhile, ships carrying metals like copper and iron ore are being left stranded offshore as trucks are unable to send goods from the port to processing plants, they said.

Wednesday’s data also showed the shutdowns had a noticeable impact on imports, which fell 0.1% year on year in March, the first contraction since August 2020.

• Manufacturing issues. Surveys of Chinese purchasing managers show manufacturing contracted in March, with small and medium-sized businesses particularly hit by operational issues. The Caixin index, based on surveys of export-oriented small businesses, fell to its worst level since the pandemic began two years ago.

Some large manufacturing companies were able to maintain their operations by adopting a so-called closed-loop system, in which employees were kept in factories and tested regularly. However, these protocols are not perfect: a member of a European Union trade group said earlier this month that the work can be “very, very difficult”, even with permission to operate despite the limitations.

On Wednesday, more than 30 Taiwanese companies, including Pegatron Corp. and Macbook maker Quanta Computer Inc., had halted production at electronic hubs in eastern China due to Covid rules.

Logistics bottlenecks are restricting component shipments, depleting inventory to the point that some manufacturers, including Pegatron, Wistron Corp. and Compal Electronics Inc., have just a few weeks of inventory left, according to estimates from consulting firm Trendforce. The ongoing global supply shortage could worsen if local manufacturing is disrupted, limiting stock of computers and game consoles to smartphones, servers and electric vehicles.

Who are Kobe and Emily?