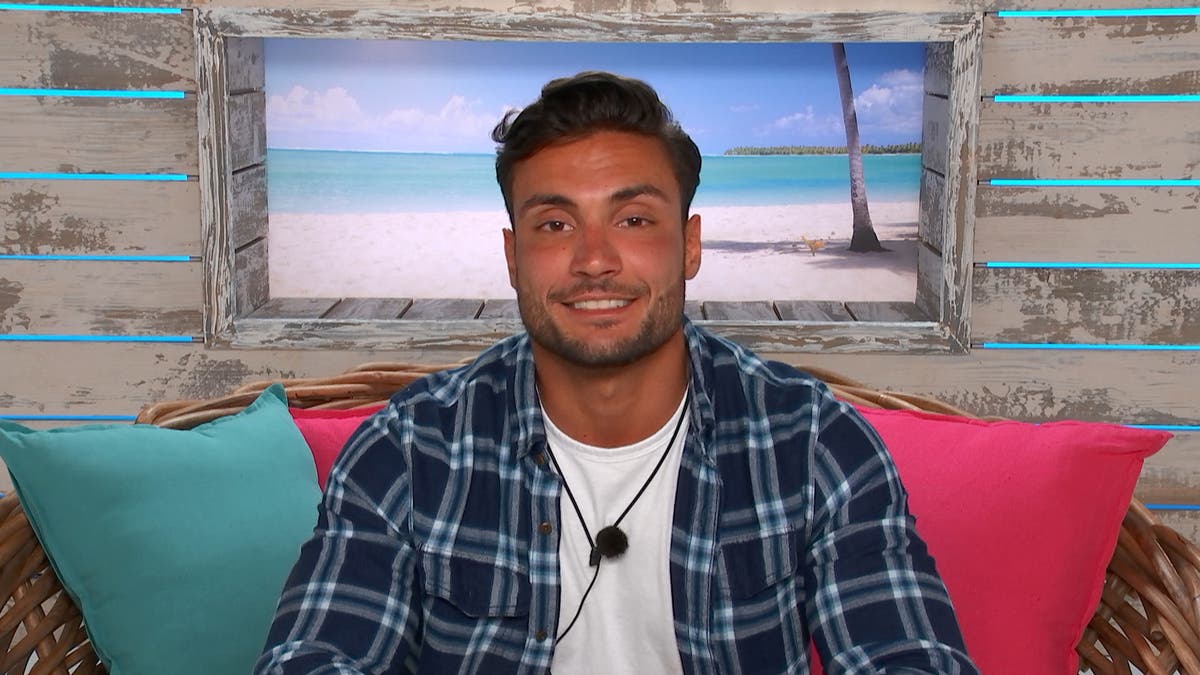 In a heated argument with Ekin-Su Cülcüloğlu on Wednesday’s episode, he declared her “as fake as Louis Vuitton from China”, leaving fans in hysterics.

He thrilled Love Island fans in June, when he interrupted Ekin-Su’s cheeky chat with Jacques O’Neill to bring them some snacks.

Although he was adamant that he didn’t care if his partner got to know the new hottie, he couldn’t help but let them know he was watching.

Appearing as a waiter, with a towel over his arm, Davide told them: “Guys, it’s getting late, so I thought you were hungry, so I’m going to leave some chips. Just a little water, in case you’re thirsty. I will see you tomorrow.”

But one of Davide’s most iconic lines came during an argument with Ekin-Su after finding out she had snuck out onto the patio to kiss Jay Younger. Davide told her “You’re a liar, actress, get the hell out of here.”

The line quickly became a meme and was compared to Michael Griffith’s “chaldish” line from 2019.

And it seems Davide is well aware of the notoriety of his “liar” line.

Another defining moment came when Tasha called Andrew a liar from across the garden, with Davide replying, “That’s my line, Tasha.”

The girls were quick to tell him that now was not the time for jokes, but viewers found it hilarious regardless.

Many of Davide’s funny moments were sparked by Ekin-Su, especially when he seems to care a lot more than he lets on.

When Ekin-Su went on a date with Jay, Davide watched from the terrace. But to see better, he put on both his prescription glasses and sunglasses, so he could get a “high resolution” look at the couple.

Another of Davide’s funniest moments didn’t even make it to the main show. An Unseen Bits episode saw the boys dress Davide up as “Abby” in an effort to prank the girls that two new bombshells were on the way.

In a robe, Davide strutted out into the garden and said. “Hey girls, is there anyone in the villa?” Anyone expecting a tanned brunette?

Love Island airs Thursday nights at 9pm on ITV2 and TVI Center. The episodes are available the next morning on BritBox.

The Daily Chase: Canadian banks in bear territory; China’s economy is slowing down