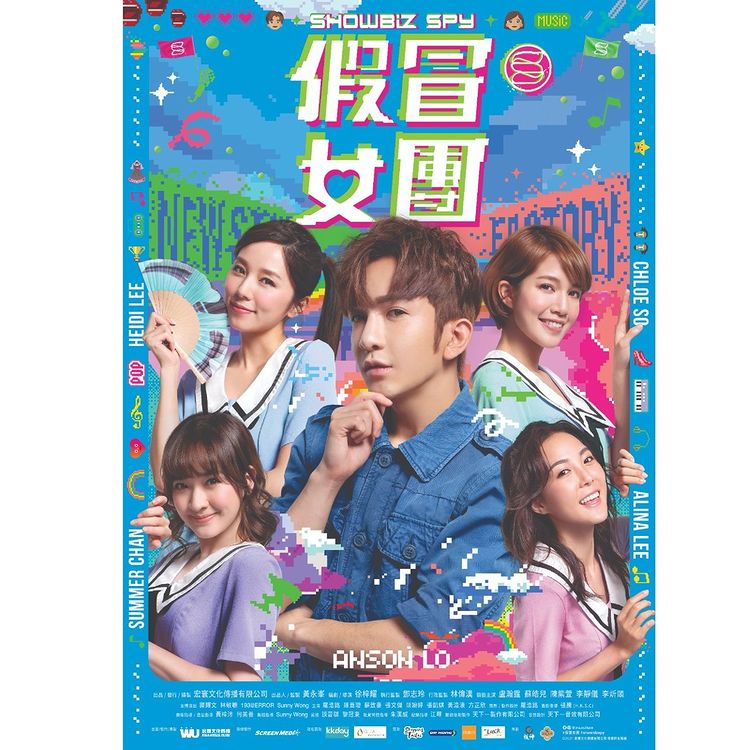 The Showbiz Spy movie poster was unveiled, with Lo in the middle, surrounded by four young actresses: Heidi Lee, Chloe So, Alina Lee and Summer Chan. The young film will feature Lo in cross-dressing as he joins a girl group to take part in a talent show.

Hong Kong veteran actor Patrick Tam will also be invited as Dr. K, Lo’s character superior Lei Zi-ging. Apparently, he was the one who asked Lei to become a spy in the girl group, despite his reluctance.

Tam revealed in an interview with on.cc from Hong Kong that Lo looked to dress well as a woman. Lo also reflected that he was very nervous during the filming of the movie, and that Tam was very nice and even gave him acting advice.

The young aspiring actor and singer added that since his debut in the entertainment industry in 2018, there weren’t many opportunities to star in films. As such, he cherished this opportunity and wanted to do his best.

Lo is best known for playing the role of Muk in the Hong Kong remake of Japanese boy love drama Ossan’s Love. He has since gained fame, supporting several brands, including Calvin Klein. His recent single Megahit was also well received with nearly five million views on YouTube.

British Museum dish turns out to be rare Chinese artifact