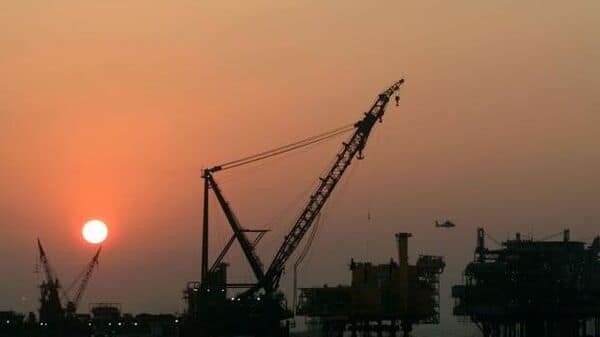 Stock markets were broadly flat and the dollar traded mixed as investors welcomed signs of a slowdown in US inflation, which nevertheless remains at its highest level in decades.

“Dark clouds of recession appear to be emerging over the global economy, with the latest Chinese data reinforcing these fears,” said market analyst Michael Hewson at CMC Markets UK.

China’s central bank cut key interest rates in a surprise move on Monday as a series of data showed weakness in the world’s second-largest economy.

Industrial production rose 3.8% year-on-year, but down from 3.9% in June and well below analysts’ forecasts.

Hewson added that “problems in the real estate sector don’t help either, where many homebuyers are halting mortgage payments to protest delays in completing new homes.”

Meanwhile, Iran’s foreign minister said Tehran would present its “final” proposal later on Monday on talks to revive its 2015 nuclear deal with world powers, after Washington agreed to key demands.

A deal would mean that Iran’s crude production of 2.5 million barrels a day would no longer be under international sanctions and help ease supply constraints that have driven prices up.

“Iran would flood the market,” said analyst Aditya Saraswat of energy research firm Rystad, who added the country could increase production by another million barrels a day.

Oil prices, which had already been significantly lower according to Chinese data, pushed even lower and recorded daily declines of more than 5%, before later recovering some of their losses.

Market analyst Fawad Razaqzada of City Index and FOREX.com said talk of a US recession is back after a key industry survey dipped into negative, a sign of deterioration commercial conditions.

Markets are also eagerly awaiting Wednesday’s release of the minutes of the Fed’s last policy meeting in July for clues about the U.S. central bank’s interest rate plans.

Investors fear that after successive increases of three-quarters of a point, any further increases of a similar magnitude will stifle the economic recovery.

The negative reading of the new orders question from the New York Federal Reserve’s Empire State Manufacturing Survey – compared to July’s positive result – shows that interest rate hikes may already have an effect on the slowdown activity that fueled inflation.

Patrick O’Hare, an analyst at Briefing.com, called the drop in stock prices a reflection of “weakening demand that comes with a weaker economy and, by extension, a weaker earnings growth prospects.

This story was published from a news feed with no text edits.

* Thank you for subscribing to our newsletter.

Back to 1988: Zheng Wanling meets On The Fringe co-star Yang Libing, Entertainment News

Why China’s economy is slowing down