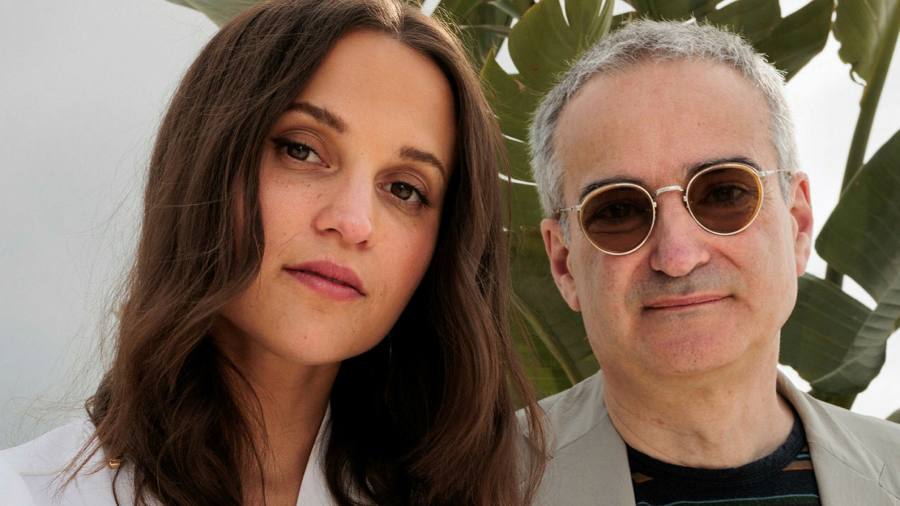 In 1996 French filmmaker Olivier Assayas made a film about a French filmmaker remaking the 1915 series of silent films The vampires. Now, 26 years later, Assayas has remade his film on a remake as a movie series for HBO. The word meta doesn’t begin to do justice to the yarrow-like layers of this puzzle. Hyper-meta? Meta-meta? let’s just call it Irma Vep — and take a moment to figure out the anagram for that title.

The new story is made up of new material and material recycled from the previous incarnation and from Assayas’ own life. In doing so, he perfectly satirizes Hollywood’s habit of endlessly returning to past glories, but also earnestly wrestles with the “deep and complex crisis” facing filmmakers today – the lure to create content for cash-rich streaming services while remaining committed to the ideal of big-screen cinema.

“When I did Irma Vep ’96, I was thinking about the relationship between modern cinema and the grace and beauty of silent films. Now there’s another layer in the middle,” Assayas says when we meet at a beachside bar during the Cannes Film Festival. “Time has passed, I am a different person and cinema has changed as much as the world. There was hardly any internet back then, now it is revolutionizing cinema.

Light and grizzled but still with a boyish quality that belies his 67 years, Assayas speaks in quick, lively bursts with analytical insights that reflect his background as a critic for the Cahiers du Cinéma. There remained in him something of the stranger looking within – it was there in the original Irma Vepin which Hong Kong actress Maggie Cheung takes a quizzical look at the messy, bohemian enterprise of French cinema in the 1990s, and more recently at research films such as Clouds of Sils Maria, personal customer and nonfiction. The new series is also full of in-depth and often very funny observations on the current state of the screen industries – and on Assayas himself, who is barely disguised as the angsty director René Vidal (played deliriously by Vincent Macaigne ).

“When I started writing the screenplay, I realized that if I wanted to reminisce Irma Vep ’96 I have to take care of my personal life because I was married to the actress [Cheung]. And I thought ‘Oh my god, this movie won’t just be about the movie relaunch, it’s about my marriage and my divorce.’

Cheung, who was married to Assayas from 1998 to 2001 and gave her blessing to the new script, appears in the new series as Jade Lee, played by Vivian Wu. Irma, meanwhile, is played by Mira (yes, another anagram – keep going back), star of a hit franchise, escaping Hollywood to make a quirky European series. She is played by Alicia Vikander, Swedish star of grave robber and Oscar winner for The Danish Girl.

Vikander, speaking separately at Cannes, tries hard to point out the differences between her and Mira beyond superficial similarities. “She doesn’t seem happy,” she said, as if envisioning a more unhappy version of herself. “I don’t make films because I need to make them, I make them because I want to make them. Something like grave robber I loved doing.

While Cheung was wide-eyed at her new surroundings, Mira is jaded by fame, her cool exterior cracking at times as she seethes in frustration. “It’s my own interpretation of her,” says Vikander, 33. “I like Mira but she is sometimes a bit bitchy. I can see what she’s going through and I’ve let her go many times.

I say that Mira seems to have many faces. She’s confident and resolute in her professional life, uncertain and vulnerable in her personal life, and transforms when she slips into a velvet jumpsuit to play master criminal Vep. “That’s why I love playing it,” says Vikander. “One does not take away the other part. And if you deleted one part, the other part would not be the same. It’s only when you know someone that you think about how they behave in different situations and they become interesting.

Applauding the increasing prevalence of complexity in written roles for women, she controls herself. “Maybe I shouldn’t have used the word ‘bitch’ earlier. I want to power women having all the sides makes them real – not just the happy, pretty, cute girlfriend.

One of the most striking differences between Irma Vep ’96 and ’22 is the origin of the actress in the lead role. I ask Assayas why he didn’t choose a Chinese actress this time. “Maggie was an ‘alien’ from Asia; Alicia is an alien from Hollywood. [Mira] is like a refugee seeking political refugee status. It’s funnier and says more about the situation now.

“Yesterday and now” is something that clearly preoccupied Assayas while writing, and it’s a theme that comes up repeatedly in our conversation. “When I did the original, it was the end of something,” he says. “There was a feeling that we were making the latest new wave inspired movies and so there was a crisis there, but it was nothing as deep or as complex as the crisis we are going through now. , we question the very notion of cinema.

For Assayas, the answer does not lie in blockbusters, even if they attract audiences to cinemas. “The Hollywood mainstream is getting worse and worse,” he says. “I’m a very basic movie fan. I can watch a lot of nonsense and have a lot of fun. But I don’t have fun anymore, I’m bored.

But he also doesn’t see streaming platforms as the saviors of movies. This becomes evident in an episode of Irma Vep when the cast and crew engage in a heated debate over the merits of streaming series: “These aren’t feature films, they’re ‘content,'” taunts sleazy German actor Gottfried (wonderfully played by Lars Eidinger). “It’s industrial entertainment governed by an algorithm.”

Assayas agrees, noting her 12-year-old daughter’s Netflix viewing history with dismay – “depressing”. But what about the critically acclaimed films the company has backed, such as Rome?

“I’ve always been convinced that they make these movies to have some sort of prestige product, for parents to subscribe to,” he says. “But in the end, the children will watch. . . He looks for an appropriate example.

“Reruns of Friends?” I offer.

“Yes. And I think there will be an end to that because it’s about status. Now they have status that they won’t need to spend the kind of money they spent for The Irishman Where Rome. Which just caused confusion because Rome makes no sense on the small screen. No sense at all. [Both films had only a brief run at a small number of cinemas.] I like the movie, I like [director] Alfonso Cuarón, but I think he sold his soul to the devil, he sold his film to the devil in a way.

The apparent contradiction here is stark. Why, if Assayas is so attached to the big screen, did he make this new Irma Vep for HBO? The paradox is not lost on Assayas – in fact, he mocks his agent Rene Vidal on the show for insisting that his new work is not a show but “a film split into eight pieces”. The difference, as far as I know, is that Irma Vep was designed with the small screen in mind. Moreover, there was a more pragmatic reason: he explains that it would have been impossible to raise funds for such an ambitious project in France today, when the American backers A24 and HBO “welcomed me to open arms”.

And yet, despite all of this, there is a part of him that is drawn to the cinematic experience. “I’m really happy because on HBO it’s going to be shown to more people than any of my movies or whatever. But at the same time, whatever I’ve done, whatever it’s called , I know it looks better on the big screen.

A little cautiously, I point out that Cannes is perhaps the only place Irma Vep will ever be shown in a movie theatre. “I hope a festival will be generous enough to show the full version,” he says, sounding like an independent newbie touting his first short.

All of this brings us to another conundrum. If the cinema is not necessarily what we show in the cinema, what is it? Assayas admits he doesn’t have all the answers to this existential dilemma, but he at least asks the questions.

“I tried to define what exactly movies are, where the line is, and I think it has to do with freedom,” he says. “If you have the freedom, I think you can call it cinema. If you don’t and you have to adapt to some sort of conventional, industrial form of storytelling, it’s not cinema.