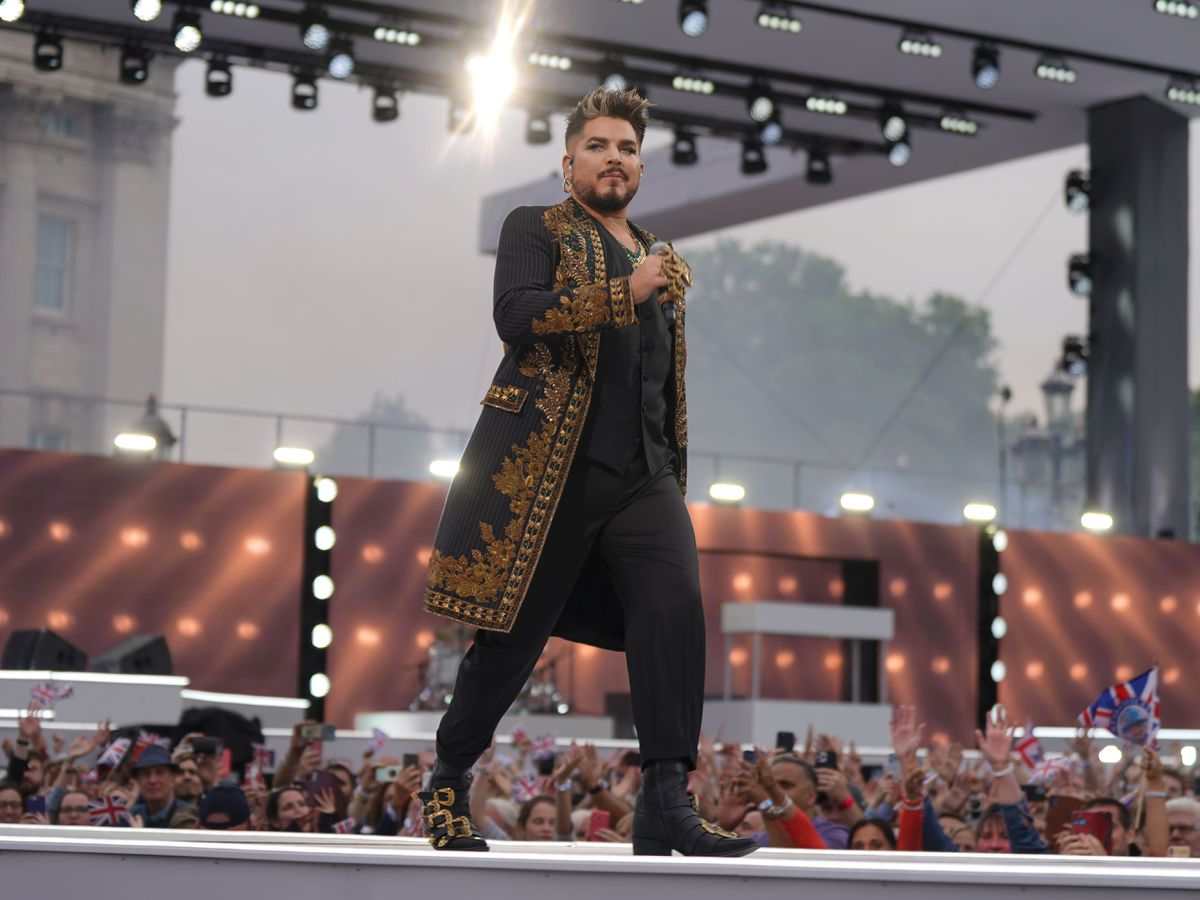 Queen + Adam Lambert delivered an electric opener to the BBC’s Platinum Party at the Palace concert with a selection of classic hit songs.

The act was introduced in a new way when the Queen and Paddington Bear kicked off the beat of Queen’s We Will Rock You by tapping on Chinese teacups during a special opening movie.

American singer Lambert, 40, took to the stage wearing an ornate black and gold coat to keep the beat going alongside the Royal Military Band.

Rock band guitarist Brian May made another memorable stage entrance by being lifted from under the stage while shredding on his guitar.

May created a classic moment 20 years ago during the 2002 Golden Jubilee celebrations when he performed God Save The Queen on the roof of Buckingham Palace.

The rock band also performed Don’t Stop Me Now to a crowd of cheering fans as multicolored lights flashed across the stage.

Princess Charlotte and Prince George were also seen waving their Union Jack flags to the song We Are The Champions as they sat in the royal box up front between their parents.

They were followed by Jax Jones who opened his set with his song You Don’t Know Me while sitting up in bed, which he said was a tribute to people making music from their bedrooms. .

Behind him was a mock English Heritage blue plaque on a screen that read, “Jax Jones Bedroom Producer SE23 lives here.”

He then introduced rapper Stefflon Don, singer Mabel and musician John Newman – who joined him for different songs.

Elbow followed with a performance of One Day Like This alongside the Citizens of the World Choir, before Ashley Banjo and her dance troupe Diversity took the stage.

They delivered an energetic routine to a number of popular British songs throughout the Queen’s reign.

From the sixties to the songs of today, the group danced to She Loves You by the Beatles, Night Fever by the Bee Gees and Let’s Dance by David Bowie.

They then danced to Spice Up Your Life by the Spice Girls, What Makes You Beautiful by One Direction and Big For Your Boots by Stormzy.

Rapper and singer Craig David also performed his songs Ain’t Giving Up, Re-Rewind and Fill Me In – while rising star Mimi Webb sang his single House On Fire.

The concert, which will be held outside Buckingham Palace, will also feature Duran Duran, Craig David, Alicia Keys and Sir Rod Stewart.

Platinum Party at the Palace airs on BBC One, BBC iPlayer and BBC Radio 2.