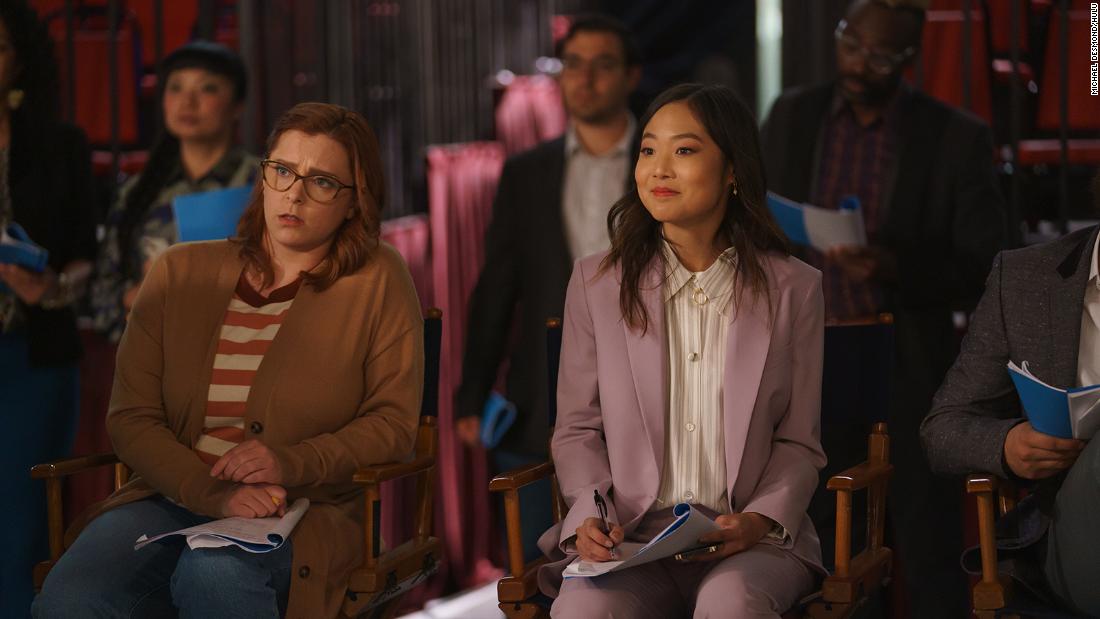 The network suits at Hulu (i.e. the fictionalized version of the show) get a bit muddled when an indie screenwriter, Hannah (“Crazy Ex-Girlfriend’s Rachel Bloom”), arrives to kick off a reboot of something called “Step Right”. Up!” Instead of an original idea, why would she want to give an old “Who’s the Boss?”-esque sitcom a more artsy makeover?

She has her reasons and finds that the cast might not be surprisingly eager to reprise their roles, mostly for those sweet paychecks. Yet she’s horrified when the packaging features original producer Gordon (Paul Reiser, flight scenes right and left), the proverbial bull in a china shop with very different ideas about how her baby should be. treaty.

Among the cast, there’s a romance between Reed (Keegan-Michael Key, in an enhancement to his latest showbiz satire, movie-on-a-movie “The Bubble”) and Bree (Judy Greer); a sordid past for stand-up-turned-actor Clay (Johnny Knoxville); and a host of issues regarding now adult child star Zach (Calum Worthy), starting with the fact that his mother still insists on hanging around the set.
Levitan benefits greatly from the clash of old and new, with the dinosaurs Gordon hires for the writing staff constantly saying non-HR friendly things to Hannah’s younger, more diverse additions. Additionally, the network insisted on casting a reality TV star (“The Sex Lives of College Girls” “Alyah Chanelle Scott) whose social media following is far better developed than her acting skills, which explains why she continues to read the stage instructions as if they were dialogue.

Some of the jokes are a bit too obvious, like the one from the network’s young and serious vice president of comedy (Krista Marie Yu) saying, “I’m new to comedy.” Others can be almost painfully inside baseball, unless of course you can relate to sitcom heavyweight Chuck Lorre for producing so many shows that he’s crowding out other creators.

Again, that’s part of the leeway that streaming allows, and other elements, like intergenerational conflict, often turn out to be funny, and sometimes a bit sweet. (Yes, the “Seinfeld” “No cuddling, no learning” rule is sometimes violated, but rarely for long.)

Levitan actually created a series about a sitcom 20 years ago for Fox (“Greg the Bunny”, we barely knew you), so give him credit for giving the underlying concept another try in what should be a more hospitable time and place.

The first season of “Reboot” is eight quick episodes, and it seems to leave plenty of room for more hurt feelings and hijinks to come. And if it works, who knows? In 25 or 30 years, there might even be a “Reboot”.