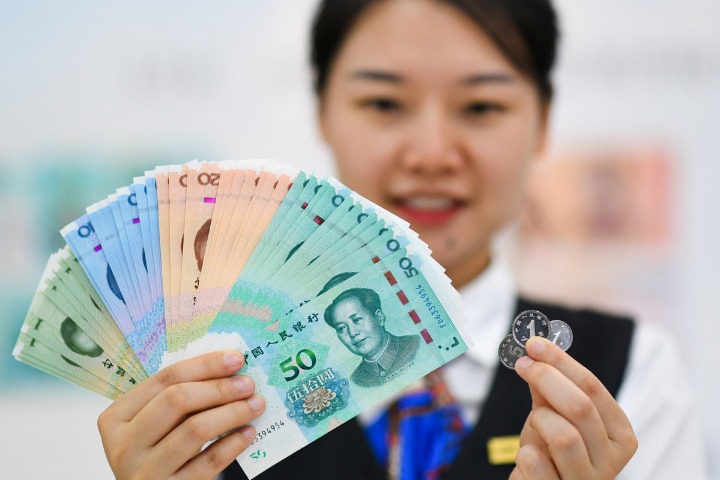 The renminbi is becoming increasingly popular as an international negotiable instrument, a medium of exchange for settling global transactions, with its share of international payments reaching 3.2% in January, beating the record set in 2015. And the currency tends to serve as a safe. safe haven due to recent heightened market volatility.

The renminbi was only ranked 35th when SWIFT started tracking global payment data in October 2010. Today, it ranks fourth. This means that the process of internationalization of Chinese currency has accelerated in recent times.

What are the factors behind the renminbi’s growing popularity as a global medium of exchange?

First, the international community now has greater confidence in the Chinese economy, due to the country’s solid economic fundamentals and steady growth. In 2021, China achieved 8.1% year-on-year GDP growth, not only exceeding the 8% predicted by global financial institutions and rating agencies, but also exceeding the 6% target set by the Chinese government early last year.

The strength of the Chinese economy is reflected in the country’s GDP of 114 trillion yuan ($18 trillion), the second highest in the world and accounting for over 18% of the global economy.

And by the end of January, total foreign renminbi holdings exceeded 2.5 trillion yuan.

Second, renminbi assets have become a “safe haven” for many financial institutions and foreign investors. The Chinese currency has also acted as a “stabilizer” in the global economy. No wonder the renminbi’s exchange rate showed a strong upward trend in 2021, with its exchange rate against the US dollar appreciating by 2.3%.

Moreover, since the Chinese government is expected to launch a relatively loose monetary policy this year, China’s foreign exchange reserves are expected to increase steadily. It also boosted the confidence of central banks and international investors in the renminbi.

Moreover, as the International Monetary Fund prepares to review the composition and valuation of the special drawing rights basket in July, the renminbi’s share is expected to rise in the IMF’s currency mix, in part due to trade. strong and growing renminbi-denominated and China’s growing share of world trade.

These factors have not only bolstered the renminbi’s status as the world’s reserve currency, but also prompted many international investors and financial institutions to increase their assets in the Chinese currency.

The Hong Kong Special Administrative Region, the largest offshore renminbi trading center in the world, handles approximately 76% of the world’s offshore renminbi settlement business. And the SAR should play a more active role in the renminbi’s internationalization process in the future.

The author is the dean of the Belt and Road Research Institute of Hainan University.

China’s economy had a surprisingly good start to the year, but that might not last