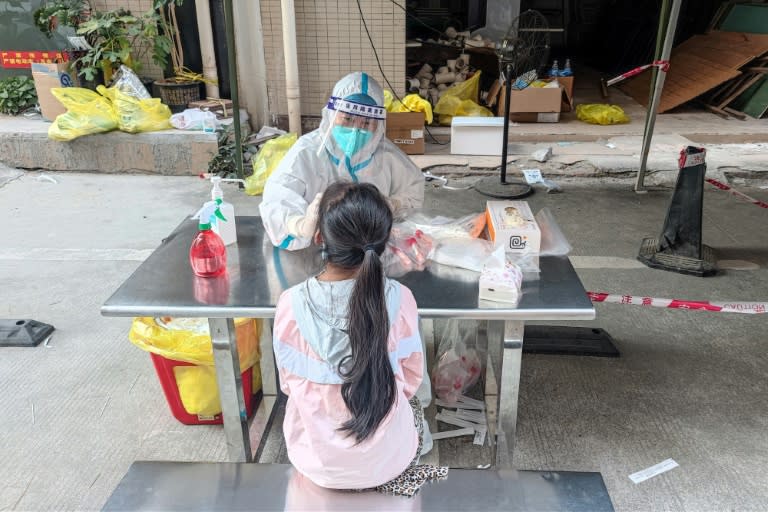 Southern China’s tech powerhouse Shenzhen has partially eased lockdown measures, after President Xi Jinping stressed the need to “minimize the impact” of the coronavirus pandemic on the country’s economy.

The city of 17.5 million, which has been in total lockdown since Sunday, has resumed work, factory operations and public transportation in four districts and a special economic zone, the Shenzhen government said Thursday.

These areas have “achieved zero-Covid momentum in the community,” he added.

China reported 4,365 new infections nationwide on Friday, according to National Health Commission data, as the country battles a surge of Omicron, its worst coronavirus outbreak since the start of 2020.

Millions of people remain in lockdown across the country, many of whom are under hyper-local restrictions aimed at stifling clusters without shutting down entire cities.

Officials also promoted the use of rapid antigen tests, made available to the public for the first time last week, urging citizens to take greater responsibility for their own health.

China has stuck to a zero Covid strategy since the start of the pandemic, through targeted lockdowns, mass testing and travel restrictions – an approach that has left it increasingly isolated in a world that adapt to the pandemic.

The new measures in Shenzhen were introduced to balance “epidemic prevention and control with economic and social development”, said a notice from the city’s virus response command center.

Shenzhen is home to supply chains for major companies that make everything from iPhones to washing machines, while some of China’s biggest tech companies also have campuses in the city.

The port of Yantian, where a three-week closure last summer due to an epidemic exacerbated global shipping delays, is included in one of the districts where measures have been eased.

The measures came after Xi referenced the spiraling economic costs of China’s zero-Covid strategy at a Politburo meeting on Thursday where he pledged to “stick” to the approach. , saying that “perseverance is victory”.

Across the border from Shenzhen, Hong Kong has some of the highest death rates in the world from Omicron, especially among its unvaccinated elderly.

Health officials revealed on Friday that only 50.7% of people over the age of 80 in China had been double-vaccinated, while just under 20% had received a third booster shot.

“It’s…an example that if the vaccination rate for the elderly is low, the death rate from severe cases will be high.”

China has yet to report any deaths from the latest outbreak, with fewer than a dozen serious cases recorded despite the rise in the number of cases.

Wang insisted that Omicron’s recent nationwide surge was caused by “overseas imported sources” and blamed officials’ “soft and numb state of mind” for the lack of effectiveness of certain regions to contain epidemics.

Officials have been sacked in areas where outbreaks have been detected, a sign of the political imperative attached to virus controls in the world’s most populous nation.