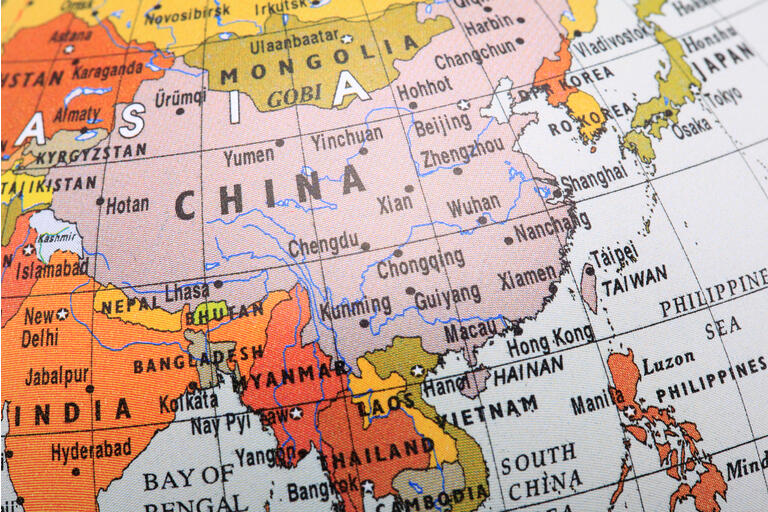 The immediate effects of rising energy prices on the Chinese economy

PPI data for September 2021 show its acceleration in China (+10.7% year on year). This trend is accompanied by the fall in the CPI in China, which rose only 0.7% over the same period. Such the inverse movements of the inflation indicators are somewhat surprising.

Moreover, we are now seeing this gap between the PPI and the CPI reaching an all-time high since the mid-1990s. 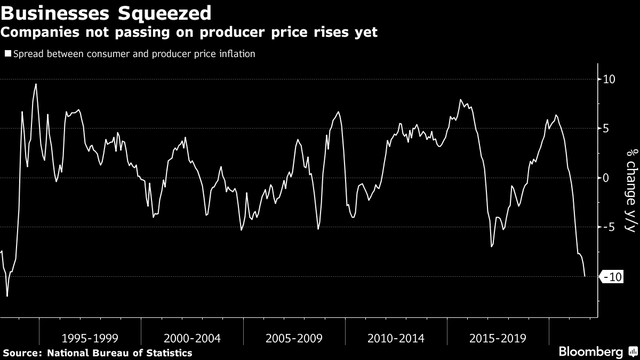 The widening gap between the PPI and the CPI in China does not confirm that companies are unwilling to offset rising energy prices by transferring some of their costs to consumers.

There is still little evidence that consumer goods factories are passing on higher input costs to customers, with consumer prices rising at a slower pace of 0.7% last month. However, that could change as producers see their profits shrink and China braces for higher electricity prices amid an energy crisis.

Most likely, since the most relevant PPI and CPI data from China reflects September’s statistics, consumers will only have to deal with an increase in retail prices. Although some companies in China may offset rising energy prices by optimizing other production costs, we will almost certainly see an increase in China’s CPI in the coming months.

An explosive CPI rise in China similar to the PPI rise is unlikely. Given the lag between PPI and CPI dynamics of 2-3 months, we expect CPI growth from December 2021 to January 2022 in the range of 1-2%.

The Chinese authorities are trying to limit the growth of consumer prices because this indicator is one of the most significant for the maintenance of living standards and social policy objectives in China.

However, this is one of the possible problems for the manufacturing sector in China. In all previous similar periods of rising energy prices, many companies have offset rising energy costs by raising the price of their products and reducing or freezing wage growth at their companies. .

According to the Guardian, in September 2021, many companies in China were forced to stop production for at least a few hours (20 Chinese provinces faced this problem). Industrial production in September 2021 (+2.4% YoY) was the weakest since the COVID-19 pandemic.

Thus, if Chinese enterprises continue to shut down production and pass on only a small portion of rising energy costs to consumers, given social policy objectives, this could negatively affect the industrial sector in China. Accompanied by a further decline in industrial production, this situation can cause a drop in productivity, investment expenditure, etc.

Rising energy resource prices will have a minor effect on output in low-energy industries. Among the various costs such as labor, raw materials, equipment, the share of energy costs in these industries is low enough. They cannot force changes in the production structure or influence management decisions to upgrade production equipment and introduce energy efficient practices.

Consumer confidence and spending: a likely decline in the short term

One of the possible consequences of rising energy prices will soon be a drop in consumer confidence. Although in October 2021 we see a slight increase compared to the previous month (72.0 against 71.8), as in the case of the CPI, we expect this indicator to fall after some lag.

In addition to the likely drop in consumer confidence, we expect the structure of demand to change over the next few months. Chinese consumers may start delaying the purchase of new cars and durable goods. Coupled with a shortage of some auto parts supplies, this could put automakers in an even tougher position. Yet even in this industry, some automakers may benefit from rising energy prices. In particular, manufacturers that produce fuel-efficient cars can strengthen their position in the market. But in general, their growth will be at the expense of other manufacturers. Along with a decline in consumer demand and changes in its structure, a decrease in consumer spending is to be expected in the short term.

At the end of the line