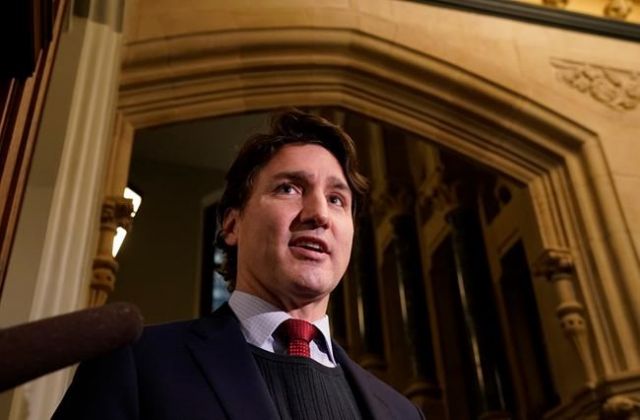 Prime Minister Justin Trudeau announced on Wednesday that Canada will join a diplomatic boycott of the Beijing Olympics.

He said the country was “extremely concerned” about China’s human rights violations and had discussed the matter with its allies.

“That is why we are announcing today that we will not be sending diplomatic representation to the Beijing Olympics and Paralympics this winter,” Trudeau said.

The United States was the first to announce a diplomatic boycott on Monday, meaning American athletes would still compete in Beijing but no American politicians would attend.

Australia and the UK have both followed suit.

They cite human rights concerns, including allegations of genocide against the Uyghur Muslim minority in China’s Xinjiang province.

China denies these claims and accuses the United States of undermining the political neutrality of sport.

Trudeau said Canada’s move should come as no surprise to China, given that it has expressed concerns about its human rights record in the past.

“This is a continuation of us expressing our deep concerns for human rights violations.”

Trudeau said Canada will do whatever is necessary to ensure the safety of the country’s athletes attending the Games.

“Our athletes have been training for years and look forward to competing at the highest level against athletes around the world and they will continue to have our full support.”

David Cohen, the new U.S. ambassador to Canada, said on Tuesday he expected Canada to join the boycott.

â€œI have a high level of confidence that Canada and the United States will be aligned with our Chinese policy, including our policy regarding the Olympics,â€ he said.

Canada has always alleged that they were held in retaliation for its decision to arrest Huawei leader Meng Wanzhou at the request of the United States, which wanted her extradited there to face charges of fraud.

Both Michaels, as Kovrig and Spavor were called, were released the same day Meng made a plea deal with the United States and was released from Canada.

Conservative Opposition Leader Erin O’Toole has said he supports a diplomatic boycott because it allows Canadian athletes to compete, while sending the message that Canada disapproves of China’s treatment of Muslim Uyghurs.

At the same time, O’Toole criticized Trudeau for taking too long to make other China-related decisions, like whether or not to ban Huawei from 5G networks in Canada.

“He has to start getting serious with China.”