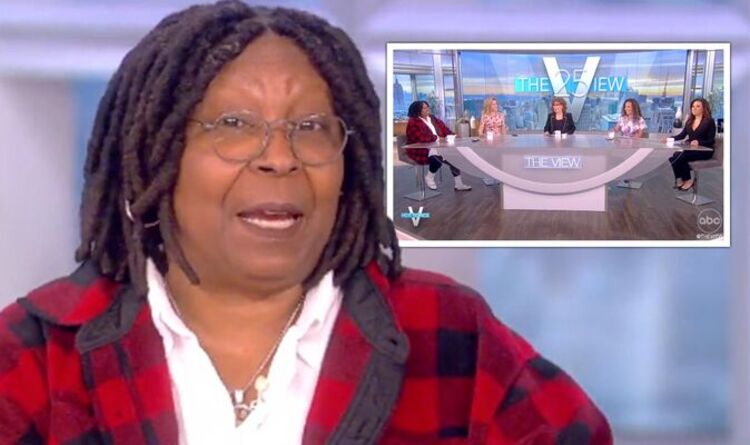 The actress and the rest of The View panel discussed US President Joe Biden’s first State of the Union address to Congress on Wednesday’s episode of the ABC show. As they discussed the president’s comments on the ongoing Ukraine crisis, Whoopi made a sensational claim about Mexico “doing business” with Russia.

Speaking about Biden’s speech, panelist Michele Tafoya said, “I loved the Ukraine stuff, but what I was hoping for was to hear a bit more about China.

“We all seem to be so scared of China and yet they don’t plan any sanctions against Russia, they still do business with Russia.”

Whoopi chimed in to make a stunning claim, saying, “Neither does Mexico.”

Michele added, “Well, I don’t know how much business there is between Mexico and Russia, really not.”

He said: “From President Zelenskyy to every Ukrainian, their fearlessness, their courage, their determination literally inspires the world.

He also announced that the United States would bar Russian airlines from American airspace after Canada and Europe took similar action.

“Putin’s latest attack on Ukraine was premeditated and totally unprovoked,” he added.

“He rejected repeated efforts at diplomacy. He thought the West and NATO would not respond.

A second round of talks is expected to take place later today after a Russian negotiator said a ceasefire was on the agenda.

However, Ukraine said Russia’s demands were “unacceptable” and the country needed to stop bombing Ukrainian cities before it could hope for progress.