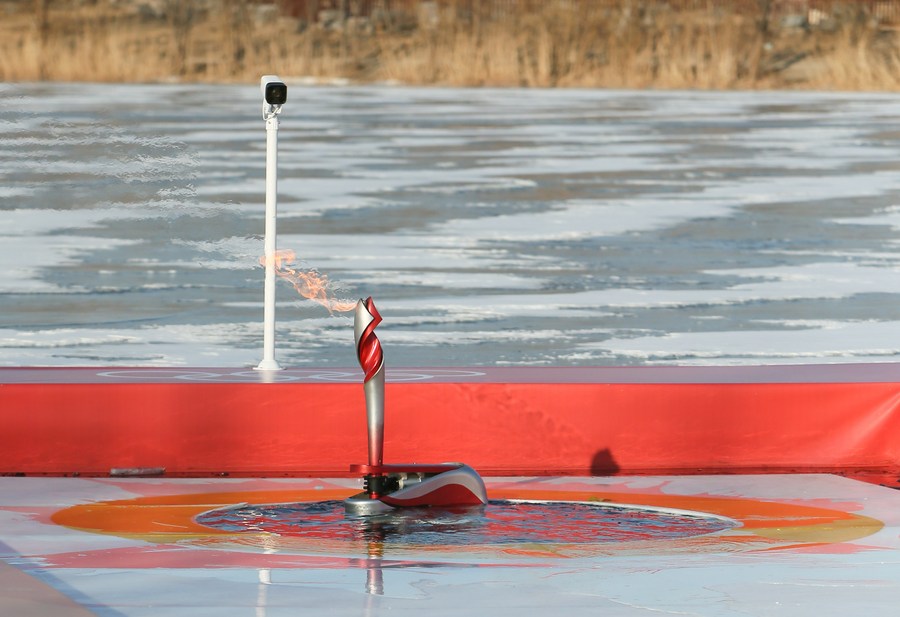 — The ongoing 2022 Winter Olympics have showcased not only high-level sporting prowess, but also futuristic technological extravaganza and appealing appeal to winter sports, which hold the potential to drive economic growth.

— From robots at the torch relay to smart beds and digital currency at the Olympic Village, futuristic tech galore at the Beijing Winter Olympics has swept across social media, and some may even find its way into daily life people.

— The growing popularity of winter sports brought by the Winter Olympics has also boosted the sports and tourism market, even in places with little snowfall.

SHENYANG, Feb. 11 (Xinhua) — Two curling stone-shaped robots stretched their arms under the surface of the water, each carrying an Olympic torch, as the flame passed from one to the other.

The scenes unfolded during a special show held in Beijing’s icy Yongding River ahead of the Beijing 2022 Winter Olympics, and this rendezvous between two robotic torchbearers was the first of its kind in history. Olympic.

The ongoing 2022 Winter Olympics have showcased not only high-level sporting prowess but also futuristic technological extravaganza and appealing appeal to winter sports, which hold the potential to drive economic growth.

An amphibious robot during the Beijing 2022 Olympic Torch Relay at the Winter Olympic Park in Beijing, capital of China, Feb. 2, 2022. (Xinhua/Meng Chenguang)

From robots at the torch relay to smart beds and digital currency at the Olympic Village, futuristic tech aplenty at the Beijing Winter Olympics has swept across social media, and some may even find its way into people’s daily lives. .

“I am proud to show China’s technological progress in robots to the world,” said Tian Qiyan, who led the torch relay robot development team at China’s Shenyang Institute of Automation. Chinese Academy of Sciences.

China’s robot industry has grown rapidly in recent years, with industry revenue exceeding 100 billion yuan (about $15.7 billion) in 2020 and robot density in manufacturing nearly doubling the global average, according to the Ministry of Industry and Information Technology.

“Robots and relevant technologies developed for the Beijing Winter Olympics will be applied to scientific research and civilian uses in the future,” Tian said.

In addition to robots, some technologies designed to improve athlete performance at the Games are also expected to enter the wider market. 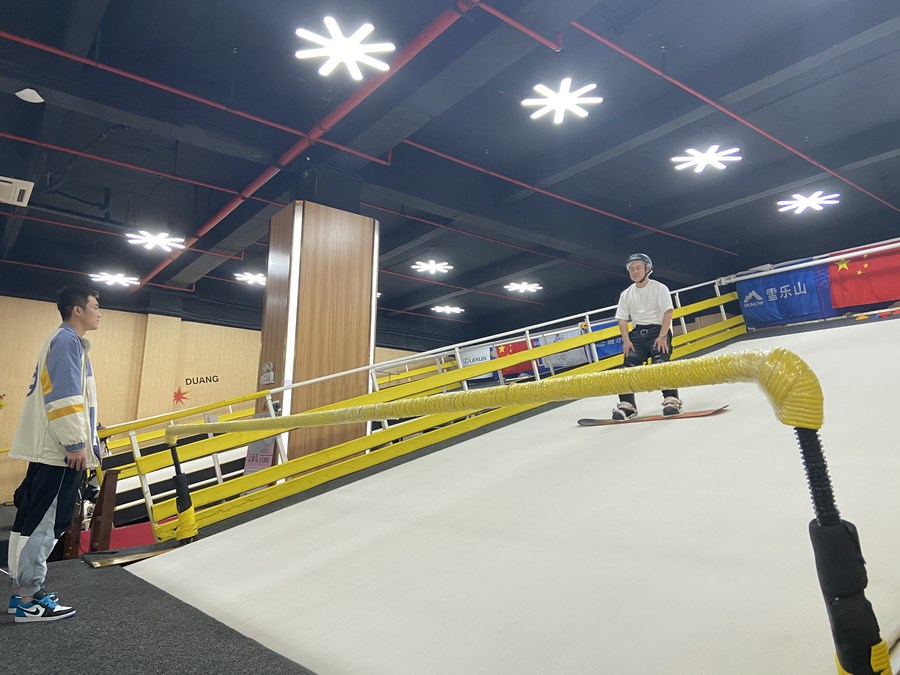 Huo Bo, a professor at the School of Astronautics, Beijing Institute of Technology, led a team to develop an intelligent training management system, which can provide personalized and intelligent training assistance for the big air freestyle skiing, bobsleigh and many other winter Olympic events.

“This set of core technical equipment and technology is relatively mature and cutting-edge in this field,” Huo said.

After serving training in the Winter Olympics, the devices will be used in fields such as rehabilitation training, health management and scientific research, Huo added.

The growing popularity of winter sports brought by the Winter Olympics has also boosted the sports and tourism market, even in places with little snowfall.

Tan Zizhe, a 10-year-old boy living in Chongqing Municipality in southwest China, developed a passion for snowboarding in 2020 under the guidance of his father. During this winter vacation, Tan spent almost every day on an indoor skating rink in the suburbs of Chongqing.

Known for its scorching summers, Chongqing has a year-round warm climate and participation in winter sports was low until the approach of the Winter Olympics.

Statistics from the Chongqing Winter Sports Administration Center showed that in 2018, less than 10,000 people participated in winter sports, but the number jumped to over 1.5 million by the end of 2021.

Thanks to the construction of more skating and indoor skiing facilities in recent years, Chongqing residents can enjoy winter sports all year round, said Ke Ping, director of the administrative center. 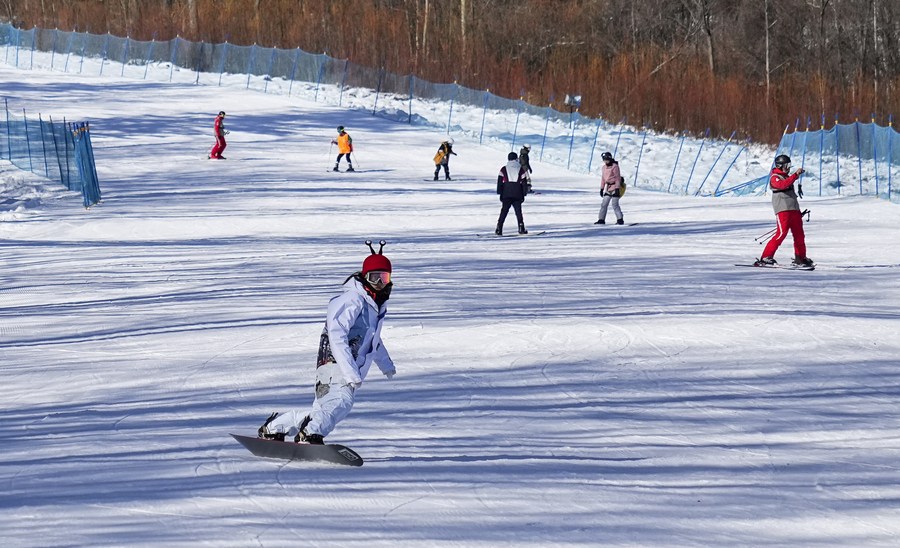 In addition to participating in sports, people are also spending more on winter sports shopping and tourism.

Statistics on e-commerce platforms including Alibaba showed a sharp increase from previous years in sales of skiing and skating equipment during the Spring Festival holiday.

In Chongqing, snow and ice tourism has gained popularity during the holidays, with related orders up more than 30 percent from the same period last year, the local culture and tourism department said. .

According to the National Bureau of Statistics, as of October 2021, 346 million Chinese have participated in ice and snow sports.

“Previously, the scenic spot had more tourists in summer, but with the increase in snow and ice activities, it has become a popular destination even in winter,” said Wang Yaxian, a local shopkeeper.