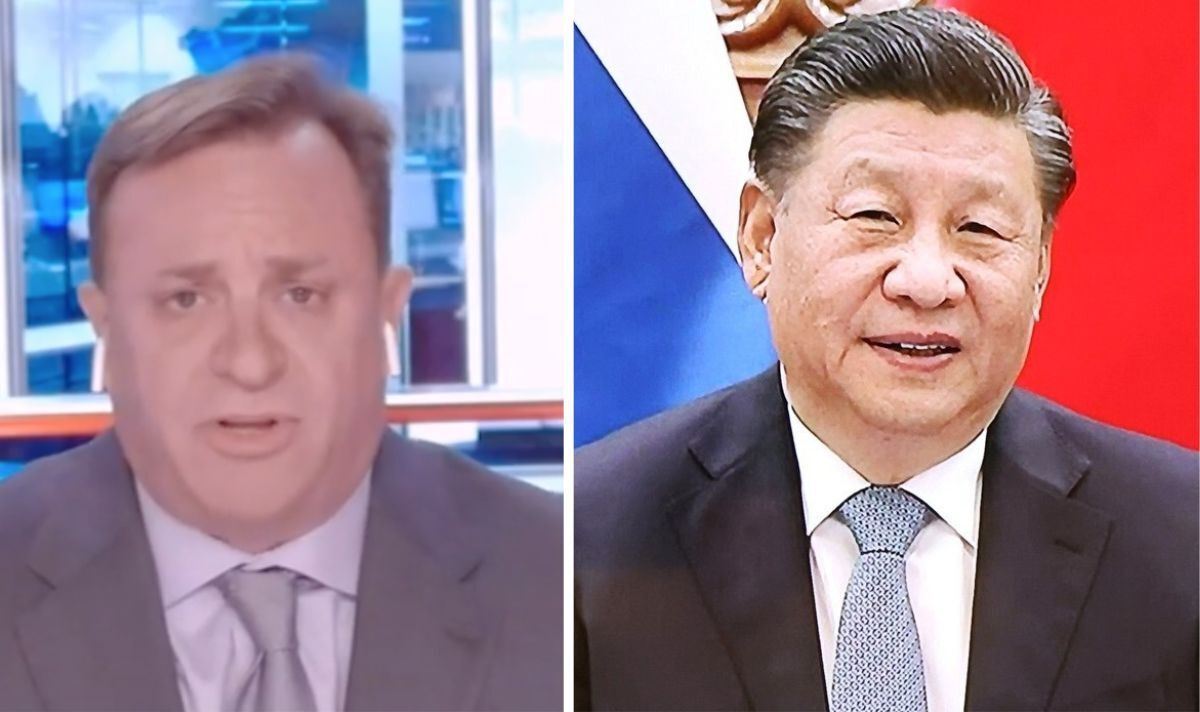 Republican Party strategist John Jordan has suggested that Chinese leader Xi Jinping is constrained by Taiwan given the growing problems facing the country’s economy. Mr Jordan believes Beijing’s actions on Taiwan are “limited” by China’s poor economic performance and the ripple effect the downturn is having on the Chinese Communist Party’s popularity.

Mr Jordan told Sky News Australia: “China is a huge importer of energy, they have huge trade routes across the oceans that they can’t protect the Indian Ocean, for example.

“It’s an export-driven economy, one of the things their economy is faltering on right now, and there’s been a lot of problems, 30% of their economy is dependent on the real estate market which has big problems with Evergrande , they’re sitting on a debt bomb.

“They’re sitting on a demographic time bomb, and they’ve got these continuous Covid shutdowns, so they’re not meeting their economic goals and people are upset and it’s not a democracy.

“The party bureaucracy in Beijing is aware of public opinion and values ​​stability above all else.

“And that more than anything else limits Chinese actions in and around Taiwan.

“At the same time, it pushes them to do what they do because they need to thread the needle between looking tough, but not too far.”

Enraged when Pelosi became the most significant American visitor in 25 years to the self-governing island that Beijing considers its territory, China on Thursday launched military exercises in the seas and skies around Taiwan. The live-fire drills, the largest ever conducted by China in the Taiwan Strait, are expected to continue until noon Sunday.

Taiwan’s Defense Ministry said on Friday it had dispatched planes to warn Chinese planes it said had entered the island’s air defense zone, some of which were crossing the center line of the Taiwan Strait, an unofficial buffer zone separating the two parts.

Blinken stressed that the United States would not take action to provoke a crisis, but would continue to support regional allies and conduct standard air and sea transit across the Taiwan Strait.

“We will fly, navigate and operate wherever international law permits,” he said.

A US official, speaking on condition of anonymity, said Chinese officials did not respond to calls from senior Pentagon officials this week, but the move was seen as China’s dissatisfaction with the Pelosi’s trip rather than cutting the line between senior defense officials, including US Secretary of Defense Lloyd Austin.

Chinese Foreign Minister Wang Yi said at a press briefing after the ASEAN meetings: “I heard that US Secretary of State Blinken held his press conference and spread misinformation and did not speak honestly”.